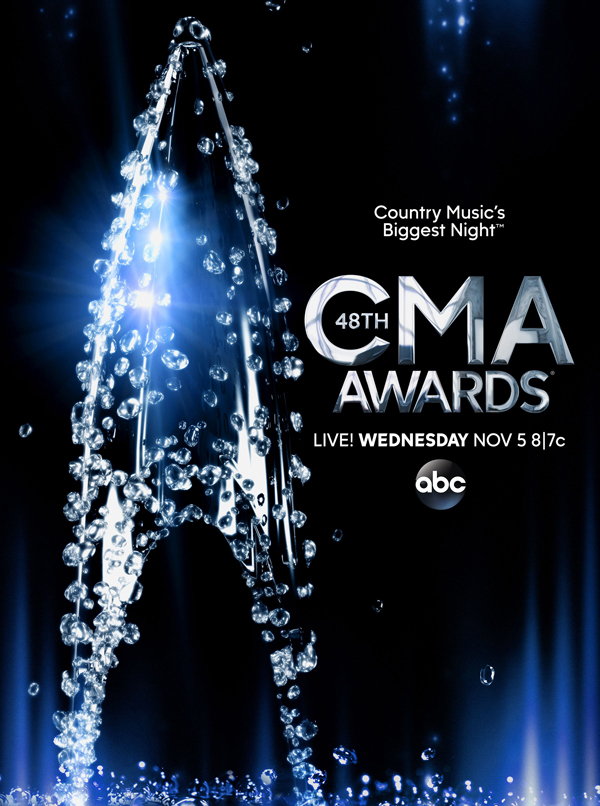 “The 48th Annual CMA Awards” is living up to its reputation as Country Music’s Biggest Night™ with the addition of the Doobie Brothers, Hunter Hayes, Jennifer Nettles, Michael McDonald, Thomas Rhett, and Cole Swindell to the performance lineup.

“The 48th Annual CMA Awards,” which is hosted for the seventh time by Brad Paisley and Carrie Underwood, airs live Wednesday, Nov. 5 (8:00-11:00 PM/ET) on the ABC Television Network.

Chris Young will host the Pre-Telecast CMA Awards ceremonies (6:30 PM/CT). Winners for Musical Event, Music Video, and Musician of the Year, as well as the 2014 CMA Broadcast Awards winners for Radio Station and Personality of the Year will be recognized.

“The 48th Annual CMA Awards” is a production of the Country Music Association. Robert Deaton is the Executive Producer, Paul Miller is the Director, and David Wild is the writer. The special will be shot in high definition and broadcast in 720 Progressive (720P), ABC’s selected HDTV format, with 5.1 channel surround sound.