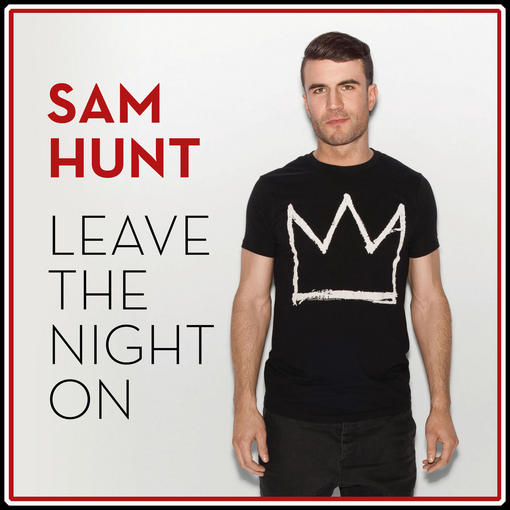 Sam Hunt’s lead single “Leave the Night On,” off his major label debut album MONTEVALLO, lands at No. 1 on both the Billboard and MediaBase charts this week making it Hunt’s first chart-topping single as an artist.  The song also becomes Hunt’s first RIAA-certified Platinum title, registering more than 1 Million in sales.

Written by Hunt, Shane McAnally and Josh Osborne, “Leave the Night On” was the highest debuting new artist single in the history of Country Aircheck and quickly made its way to the peak position.

“Leave the Night On” is Hunt’s third No. 1 as a songwriter following “Come Over” recorded by Kenny Chesney and “We Are Tonight” recorded by Billy Currington. Additional writer credits include Keith Urban’s recent Top 10 “Cop Car.”

On his latest No. 1, Hunt shares, “I‘m really excited that folks have connected to ‘Leave the Night On’ the way they have. This past year has been a wild ride and I can’t wait to see what the future has to hold.”

The No. 1 single leads the way for Hunt’s recent Oct. 27 album release, MONTEVALLO, on MCA Records Nashville. In support of last week’s release, Hunt performed on ABC’s “Good Morning America” and “Live with Kelly & Michael,” as well as an exclusive in-studio performance for iHeart Radio.

Identified as the “next big artist,” Hunt is the current talent focus of VEVO’s LIFT program and he was recently named winner of Spotify’s Emerge program, a first for a country artist.

Fans can find Hunt out on the road with Kip Moore and Charlie Worsham on the CMT ON TOUR: UP IN SMOKE Tour.