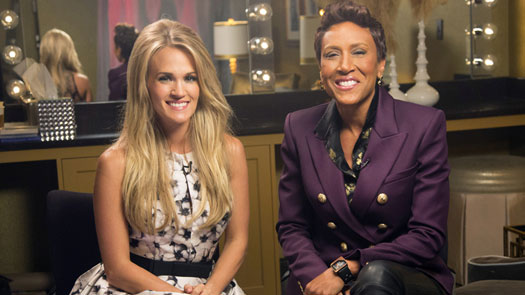 With help from some of Country Music’s biggest stars and industry insiders, Robin Roberts and ABC count down the top 15 Country chart-bending, crossover hits, just in time for “The 49th Annual CMA Awards.” These songs are Country to the core yet borderless on Billboard charts. They are the 15 songs that blended or transcended traditional classifications to become universal anthems. They reached outside traditional Country Music boundaries to reach new audiences and are the songs that have inspired movies, movements, and mega-hits.

From Oct. 31–Nov. 1, ABC Radio will also feature a two-hour special hosted by Roberts featuring an in-depth look at this year’s CMA Awards nominees and songs.