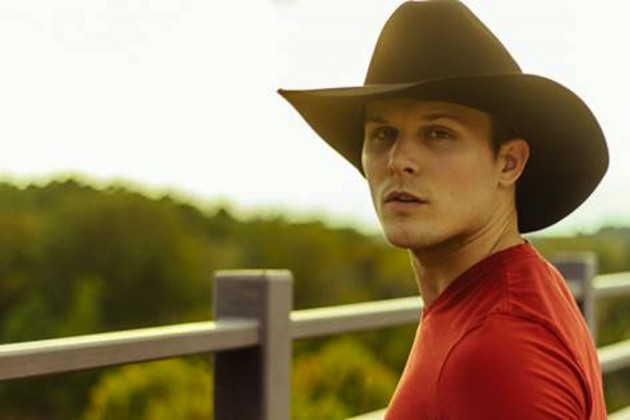 Country newcomer Aaron Parker recently released his debut EP. Showcasing the traditional vibe of country music, Parker has been making a great impression on the genre.

Since the traditional country sound is such a significant part of the country newcomer’s EP, Aaron Parker shared with us his Top 5 Influences from the 90’s.

1. Garth Brooks
Like Garth, I love me some George Strait, but Garth seemed to take the King George twang and shift gears to a new speed. It was high flying and the songs were amazing. As a boy at 7 years old, this was all I needed to see. I was in. Dallas of course, who didn’t see that DVD?

2. Kenny Chesney
Kenny had a huge effect on me because he was able to combine amazing songs and lyrics and pictures with a pure bred rock show, and he took it to the beach which is where I’m from, white sand Flora-Bama area where Buffet is originally from, so it resonated deeply with me. Basing it purely on song quality and entertainment factor, in my book, he’s still at the top. I remember when ‘young’ came out, it was like Kenny had found his sound, and the video of him and his band on the bridge, and a shift happened in his direction in the genre in a big way.

3. Tim McGraw
Tim was a huge influence because he just always found great songs that he didn’t write which showed what talent of writers we have here in this city, and showed his super rare ability to pick a hit. He also an element of cool that gave the genre a tint of James Dean. There was a CBS special performance called ‘Louisiana’ that he did for the Katrina victims. That song went on to be unreleased, but its amazing, look it up on youtube.

4. Shania Twain
She was an influence because she (And Mutt Lange) brought a new flavor of rock and roll to the genre. I called it Def Leappard country, which alot of my friends would hate on in the beginning but when they were in their truck alone they were totally singing at the top of their lungs. Also, her charisma, humor, high energy shows and pyrotechnics and that track suit duh. lol
Video | Any Man Of Mine | Cattle, mom jeans and her bathing in a horse trough. Yassssss.

5. Dixie Chicks
They were amazing, definitely one of the bands I miss the most, I think I speak for a lot of people when I say that. And Im a song guy, so this a no brainer, ‘cowboy take me away’, ‘traveling soldier’, ‘if I fall’,’ long time gone’ too many amazing songs to list. I’ve never seen them live, but my cousins were always singing their songs. There was a talent show in my 8th grade year and a girl got on stage and sang ‘cowboy take me away’ I enjoyed her singing it as much as I did the Dixie Chicks, which goes to show just how strong their songs were.