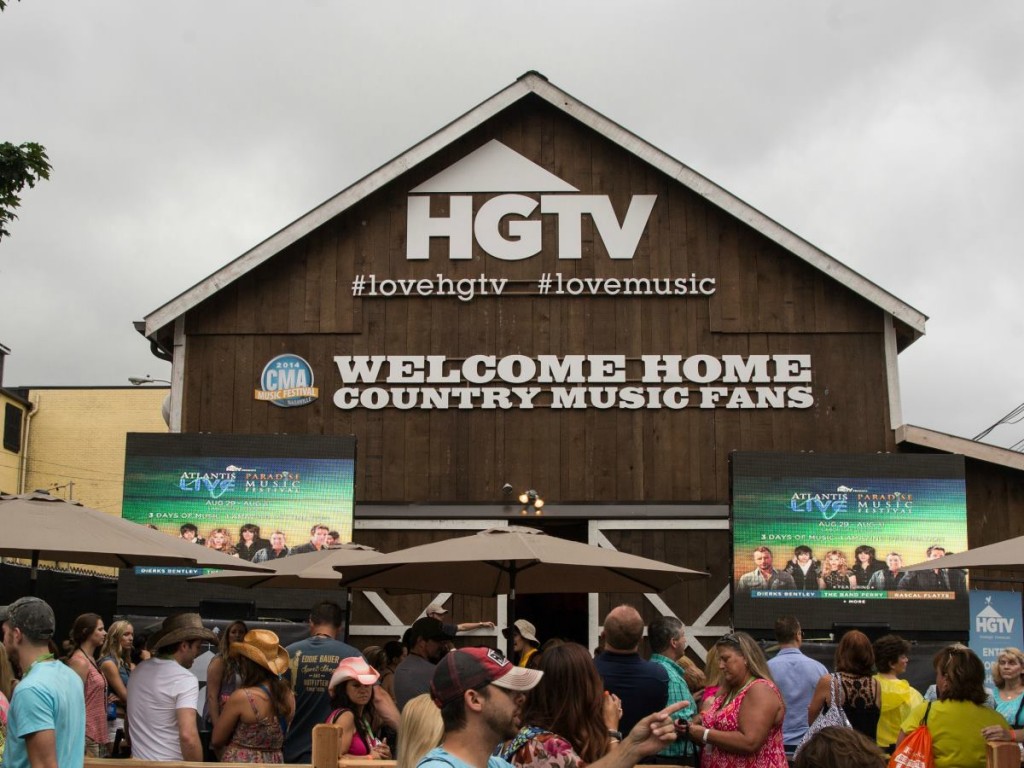 HGTV’s celebrity lineup at the 2015 CMA Music Festival will be the hottest ticket in Nashville when the network returns with its newly expanded Lodge venue fresh from its mega debut at Super Bowl XLIX in Glendale, Ariz.

“The HGTV Lodge is back this year with a bigger and better experience for Country Music fans,” said Shannon Jamieson Driver, senior vice president, marketing and creative, HGTV and DIY Network. ”Our venue is 40% larger than last year and hosts our biggest lineup of Country Music stars to datenot to mention provides a cozy home environment Festival-goers won’t find anywhere else.”

The 3,500 sq. ft. HGTV Lodge, conceived and produced by New York-based experiential + music agency Pop2Life and built by Murphy Productions, will feature an air-conditioned VIP lounge boasting 900 sq. ft. on the mezzanine, a one-of-a-kind stage experience and is centrally located in downtown Nashville, just minutes from LP Field. In addition, visitors can enter for the chance to win $500 cash in the #HGTVLodge Cash Giveaway – up to eight prizes awarded. No purchase necessary and open to legal U.S. residents of the 50 United States or the District of Columbia, 18 or older. The sweepstakes ends 6 p.m. CT on June 14, 2015. Void where prohibited.

HGTV knows that Festival goers are as passionate about Country Music as the network’s audience is about their homes. To encourage fans to share their love of music and home, fans can upload photos of their experience at The Lodge on Twitter, Facebook and Instagram using #LoveHGTV. The #lovehgtv hashtag is a part of HGTV’s 2015 brand campaign, which asks viewers to share what they love about home by tagging photos with #hgtv and #lovehome.

Schedule of Events* at The Lodge by HGTV (All times CT):

*All performances and times subject to change without notice.