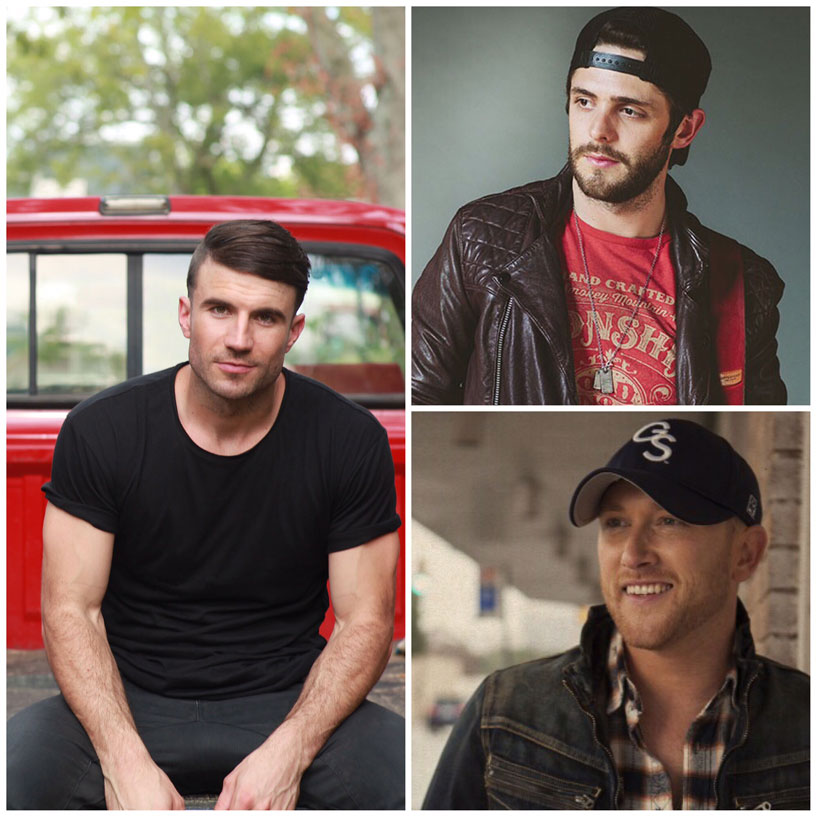 The Academy of Country Music and Kohl’s Department Stores announced today that Sam Hunt, Thomas Rhett and Cole Swindell have been named nominees for this year’s ACM New Artist of the Year Award Presented By Kohl’s.

The winner will be announced during the LIVE broadcast of the 50th Academy of Country Music Awards, co-hosted by Blake Shelton and Luke Bryan, from AT&T Stadium in Arlington, Texas on Sunday, April 19, 2015 at 8:00 PM – 11:30PM ET/delayed PT on the CBS Television Network.

Hunt, Rhett and Swindell were determined as the final three (3) nominees for the ACM New Artist of the Year Award via first round fan voting with partner CMT.com, combined with the ACM professional membership vote. The final round of fan voting for the New Artist of the Year Presented by Kohl’s begins on Wednesday, April 8 at 3:00 PM ET/12:00 PM PT with voting partner CBS.com at VoteACM.com, and will close at 8:00 PM ET/5:00 PM PT on Sunday, April 19 when the LIVE telecast begins. In selecting the winner, professional member votes will again be combined with fan votes to obtain the winner of the category.

Leading up to the show, CMT will premiere a special ACM-themed episode of its weekly series CMT Hot 20 Countdown featuring this year’s three nominees for New Artist of the Year, scheduled to air in conjunction with the second round of fan-voting beginning April 8th.