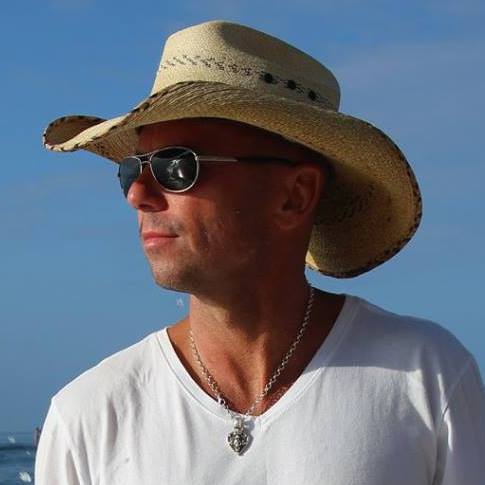 It’s not just baseball players shaking off the off-season. As the sport’s biggest stars head to the Cactus and Grapefruit Leagues to gear up for the Major and American League Baseball season, country music’s biggest star is bringing his band together for their first musical rehearsals in over two years.

With The Big Revival Tour slated to be one of Chesney’s biggest and most musical yet, the 4-time CMA and 4-time ACM Entertainer of the Year is locking down for four full weeks before the band kicks things off with a sold-out two night stand at Nashville’s Bridgestone Arena March 26-27. Nearly two-dozen NFL-sized stadiums plays slated will be part of this year’s tour – and the songwriter/superstar can’t wait to get back out there.

“I’ve always said we’re a lot like a baseball team,” Chesney admits. “We’re six months on, six months off… and a lot of time to get ready. But you know, when it’s all heart and so physically demanding, there’s really no other way to do this.

“When we rolled into Pensacola last year for the FloraBamaJama, I was amazed how well we all came together. But it also showed how hungry everybody was to play. I knew when we all got back together, it would rock. So I can’t wait to get into the room with everybody.”

Having spent a year creating The Big Revival, his 13th No. 1 Billboard Country release, Chesney has been able to devote the same time to crafting this year’s show. Look for new songs, old songs and some surprises as well as the inclusion of the Academy of Country Music Single, Song and Video of the Year nominee “American Kids.”

“It’s funny how much energy this new music has brought to everybody,” Chesney marvels. “You don’t realize until you stop what the treadmill feels like, and when you really challenge yourself to push the music… You find things like ‘American Kids,’ ‘Rock Bottom’ and write things like ‘Wild Child.’ That freshness in the music is something I think every single band member has commented to me about.”

Rolling Stone recognized the renewed verve of The Big Revival, writing it “continuously brings a sense of emotional urgency.” Certainly it’s something the man The Wall Street Journal called “The King of the Road” is sensing.

“When we were talking about what songs to play, a couple of us were imaging how the fans are going to respond to the new stuff – and everyone was like ‘Oh, yeah…’ Because I think as fired up as the crowds have always been, this year’s set is going to take everything to a whole other level. And that’s one thing about the No Shoes Nation: they come to have the time of their lives – and the beauty of my band is they’re determined to make it the best night of the summer.”

Chesney, who has sold over a million tickets each of his headlining tours, is the only country act in Billboard’s Top 10 Touring Acts of the Last 25 Years. The Big Revival Tour, presented by Corona Light and sponsored by Blue Chair Bay, looks to be no exception.