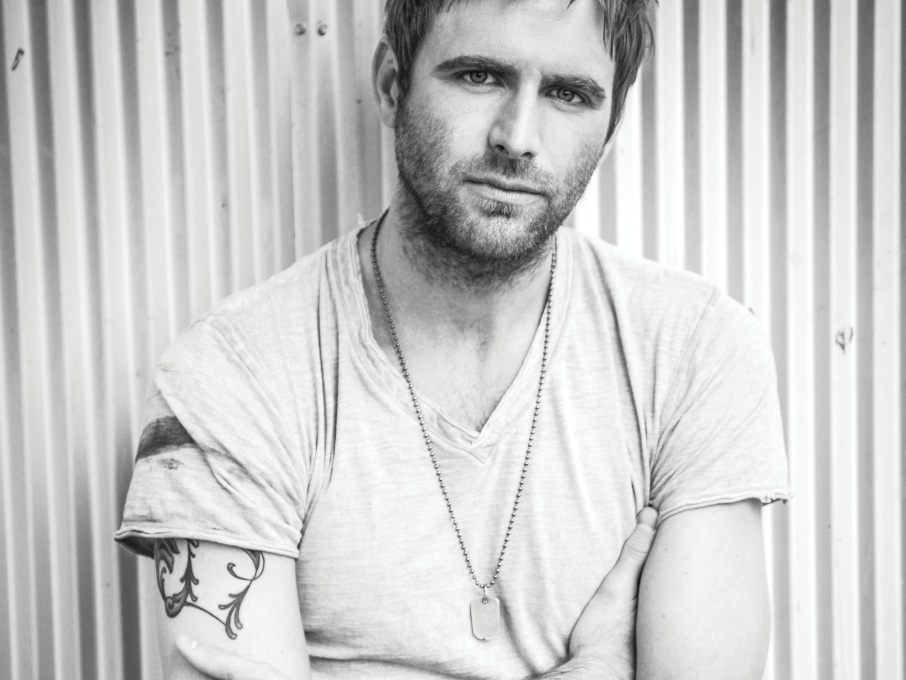 2015 is off to a great start for country newcomer Canaan Smith.  His brand new single, “Love You Like That,” is quickly making an impact on the country charts, as well as with country fans.  Smith has a full year of touring ahead where he will be showcasing brand new music coast to coast.

CountryMusicRocks got the opportunity to catch up with Canaan Smith to talk about his new music and much more. Of his new single, Canaan shares with us his excitement about “Love You Like That.” “I’m so excited about this song, I love playing it every night.” Smith co-wrote “Love You Like That” along side brothers Brett and Jim Beavers. “Between the two of them they have countless #1 hits. I was lucky to be brought in to write with these guys” Canaan shared.

“Love You Like That” is an upbeat love song.  Smith describes his single as, “It’s a love song, but it’s got balls to it. I feel like with the girls, it’s what is turning them on & drawn to the song, and the guys can sing along to it without feeling like a wuss! It’s a man’s love song, it’s strong like whiskey”

In addition to Canaan’s new single, he is in the process of putting together his debut album.  Prior to the release of the album, Canaan communicated with us that his Self-Titled EP will release next month on March 24. The EP will contain 5 songs, including “Love You Like That.”

Smith shared that he is about three quarters of the way done with his debut album. “With me, I write pretty often when I’m home. I’m trying to bide some more time for myself up until the point where the label says stop and that I’ve got to go finish. I’m trying to leave that open right now because I do love writing so much, and sometimes the best songs come in last minute.”

When asked what one can expect with his debut album, the country artist revealed, “Love You Like That” definitely sets the tone for the rest of the record. I’m really exited to get the message out there of what these songs are saying. There’s some throwback to Virginia where I grew up, some heart-wrenching songs and some good time, feel good songs. They’re all woven by the common thread of being on the road and playing in front of people, and seeing what actually communicates to crowds and finding the commonality between us all.”

Canaan Smith has been part of the country music industry for some time as both an artist and songwriter.  The industry is starting to listen up and take notice as the country newcomer has been included on several “Artists to Watch” lists for 2015, including ours! When asked if he thought this was a turning point in his career Smith admitted, “I sure hope so! It does feel like that. I’m super excited first of all and humble by it. It is something that I do not take lightly.  To be on those lists is an incredible thing to be a part of. I’m thankful for it.”  Canaan continues, “It does feel like the mojo is there now, and “Love You Like That” is really climbing. I think the foundation has been laid at radio. I’ve had several years to work on my relationships with radio programmers, I’ve got a great band and a great crew. It’s all just falling together. It seems like it is the right place, right time, right now.”

Smith is becoming quite the road warrior this year.  He just wrapped up touring with Kip Moore and is getting ready to hit the road with Dan + Shay on the Where It All Began Tour.  After that, Smith heads back out on the road to tour with Dierks Bentley and will rejoin Kip on the Sounds of Summer Tour. While he is looking forward to having a great time on the road this year, he is also looking forward to giving fans a great experience. “When they come to one of my shows I want the sound to blow their hair back, I want them to really be engrossed in what is coming out of the speakers, and the message of what we’re selling. I want them to know what exactly what they’re going to get, but I want to blow past that expectation at the same time.”  Canaan describes his set as both energetic and relatable. “It’s high energy and takes you on a roller coaster of emotions. From stuff that makes you want to throw your hands up and chug both of the beers in your hands, to stuff that challenges your heart and conjures up feelings of pain and loss. It’s a very honest experience. I’m singing songs that are honest & true to my life and what I’ve gone through. I feel like listening to my set, people can really find themselves in these songs.”

Artists convey a lot through their music, and sometimes it speaks volumes.  One thing Canaan Smith wants to convey to fans about himself and his music is that it is honest stories about his life. “I think that is what country music does best, sharing stories about real life.  99% of the time, the person sitting next to you can relate to a lot of what you’ve been through. Life’s different for everybody, but it is also very much the same. I’m just singing songs about my life.”

We all have bucket lists, and we enjoy finding out what is on country artist’s bucket lists. Canaan hopes to cross off at least one item this year, “To have a #1 single and to be working on the second one! That’s what I want. I want “Love You Like That” to go all the way to the top if we can take it there. The label is committed to that and we are going to do everything in our power to make it happen.  Whether it does or not, we’re going to continue to put out the best music we can. I want to be able to say at the end of my career that I did what I wanted to do and put out stuff that I felt convicted to put out as an artist and stay true to who I am. If I can do that, and they’re hits at the same time, that would be a check mark to cross out.”  Fans can help Canaan cross that item off his bucket list by calling in to your local radio station and requesting “Love You Like That.”

We are really excited for Canaan Smith and his year ahead. He’s a solid artist that has a lot of potential as an artist, songwriter and performer.  He’s a definitely must-see in concert.  To see if he is coming to an area near you, visit canaansmith.com/tour.

Be sure to pick up his new single “Love You Like That” on iTunes HERE, it will make for a great fit on your country music playlist! Also be sure to call in and request his new song on country radio.