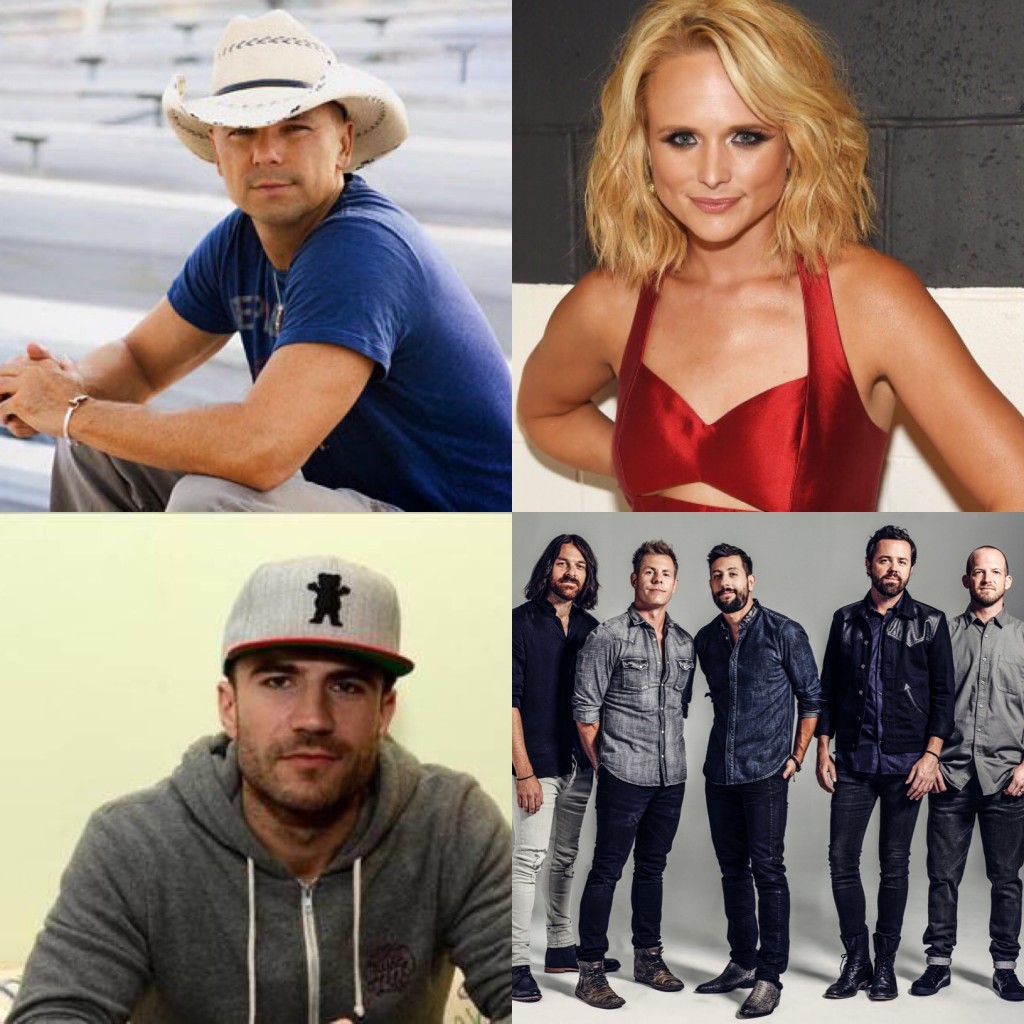 The dust hasn’t even settled from Kenny Chesney’s record-smashing Big Revival 2015 Tour – closing with 120,206 fans played to over two nights at Foxboro, Massachusetts’ Gillette Stadium – and the man The Wall Street Journal has deemed “The King of the Road” is ready to kick-off 2016. As is always his way, he’s looking to make his stadium shows the best day of the summer.

​“People count on having a great day when they come out to see us,” Chesney explains. “And I think it’s important that we give them the best show we can from the moment they hit the gate until the final encore song’s been played.”

To realize this goal, Chesney tapped six-time Female Vocalist and four-time Album of the Year winner Miranda Lambert, currently up for four 2015 CMAs including Entertainer and Female Vocalist of the Year. Known for hits including “The House That Built Me,” “Kerosene,” “White Liar,” “Baggage Claim,” CMA Song of the Year “Over You” and the current “Smokin’ And Drinkin’,” TIME hails the Texas firebrand for “packing heat and heart in equal measure.”

​“Miranda is the real deal,” Chesney says. “She’s a songwriter, first, and a real vocalist. She’s puts it all out there when she’s on stage, and I loved touring with her so much in 2009, I can’t believe it’s taken us this long to get her back out here – because I love every single thing about who she is as an artist and a person.”

Joining them will be Sam Hunt, the Cedartown, Georgian who’s already scored three consecutive Platinum-selling #1s with “Leave The Night On,” “Take Your Time” and “House Party” from his debut album, Montevallo. In addition to his own hits, he wrote Chesney’s #1 “Come Over” and Keith Urban’s “Cop Car.” With his distinct country sound, Hunt has surpassed 450 million streams across all digital platforms – far more than any other country music newcomer.

​“The second I heard Sam’s demo for ‘Come Over,’ I knew he was onto something very unique,” says the man who gave Hunt his first cut. “Watching him develop as an artist, seeing his songwriting evolve – and knowing how he brings it when he gets onstage makes him a perfect act to come out with us. He’s fun, alive and all about the music.”

​And reprising their kick-off position — but getting a longer set — is Old Dominion, the songwriter’s group who’ve written hits for Dierks Bentley (“Say You Do”), Tyler Farr (“A Guy Walks Into A Bar”), The Band Perry (“Better Dig Two,” “Chainsaw”) and Chesney (his current “Save It For A Rain Day”). The five-man band with ties to Virginia will release their RCA debut Meat And Candy on Nov. 6.

​“Old Dominion had a tough job this summer, and they got it done,” Chesney says of his stadium opener. “They’re hit songwriters, but they’re also guys who’ve played in a lot of clubs – and know how to connect with people. I mean, not only are their songs solid, they’re great guys.”

​Setting or breaking records in Minneapolis’ Target Stadium, Philadelphia’s Lincoln Financial Field, Kansas City’s Arrowhead Stadium, East Rutherford, NJ’s Met Life Stadium, Pittsburgh’s Heinz Field, Green Bay’s Lambeau Field, as well as putting 55,000 in the Rose Bowl, there’s a reason he’s the only country artist on Billboard’s Top 10 Touring Acts of the Last 25 Years. With this line-up, he will give the No Shoes Nation another stellar summer on the road.

One reply on “Kenny Chesney Gears Up for 2016 Tour”