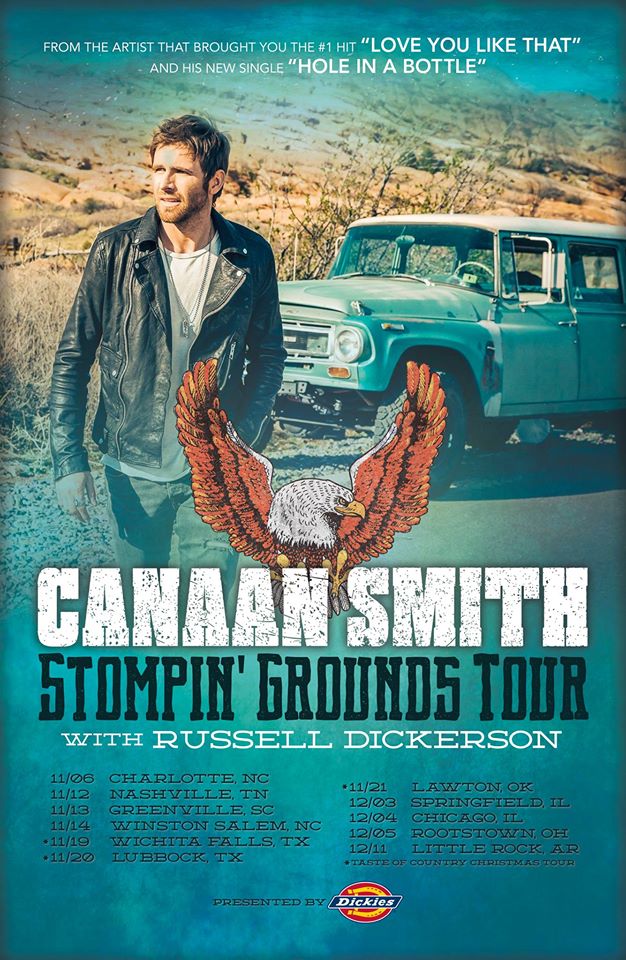 Singer/songwriter Canaan Smith made his national television debut this morning on NBC’s TODAY Show performing his new, feel-good single, “Hole In A Bottle.” While chatting with hosts Kathie Lee Gifford and Hoda Kotb, the Mercury Nashville artist announced that he will head out on his first headlining “Stompin’ Grounds Tour” this November.

Recently announced with Country Weekly, Canaan was named a brand ambassador for Dickies new denim collection and he will be featured in an upcoming advertising campaign for the iconic apparel company. Earlier this year, Canaan released his debut album Bronco which debuted in the Top 5 on Billboard’s Country Albums Chart and features the Gold-Certified No.1 hit, “Love You Like That,” as well as his current single, “Hole In A Bottle,” which continues to climb the country airplay charts. Canaan has spent the majority of 2015 touring with the likes of Dierks Bentley, Dan + Shay as well as Kip Moore and is on track to play over 175 shows for more than 625,000 fans this year.