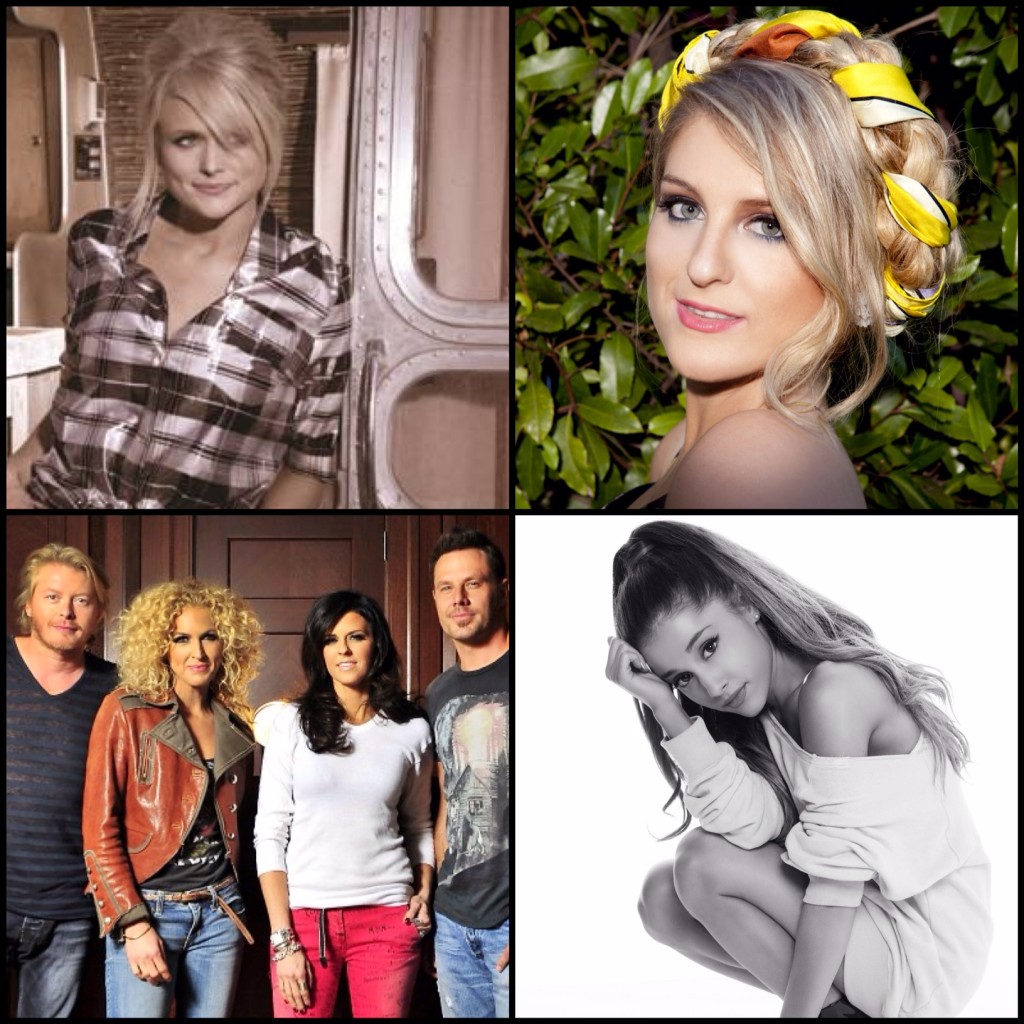 The 48th Annual CMA Awards” will present genre-crossing duet performances by Ariana Grande and Meghan Trainor who will perform with Little Big Town and Miranda Lambert respectively. “Pretty Little Liars” actress and DMG Nashville recording artist Lucy Hale will be joining the evening as a presenter live, Wednesday, Nov. 5 (8:00-11:00 PM/ET) from the Bridgestone Arena in Nashville on the ABC Television Network.

Grande will be joining two-time CMA Vocal Group of the Year Little Big Town for an on-air collaboration. Within less than a year, Grande captured No. 1 on the Billboard Top 200 twice—first with her Republic Records debut Yours Truly and also with its 2014 follow-up My Everything.

Trainor will team up with nine-time nominee and reigning CMA Female Vocalist of the Year Lambert. This dynamic duo’s performance of Trainor’s “All About That Bass” is sure to be a must see moment. Singer/songwriter Trainor has written songs for such stars as Rascal Flatts before skyrocketing to success with her international hit “All About That Bass,” which has topped the Billboard Hot 100 for the past six weeks.

While Hale made her mark early on as an actress, best known for her role on the hit ABC Family drama “Pretty Little Liars,” music was always her first love. The Memphis born and bred singer’s debut album, Road Between, was released by DMG Nashville on June 3 and features her brand new single, “Lie A Little Better.” Hale will also be performing on “CMA Country Christmas,” a two-hour special airing Monday, Dec. 1 (8:00-10:00 PM/ET) on the ABC Television Network.

Winners of “The 48th Annual CMA Awards” will be determined in a final round of voting by eligible voting members of the Country Music Association. CMA Awards balloting is officiated by the international accounting firm of Deloitte & Touche LLP. Voting for the CMA Awards final ballot ends Monday, Oct. 27 (5:00 PM/CT).