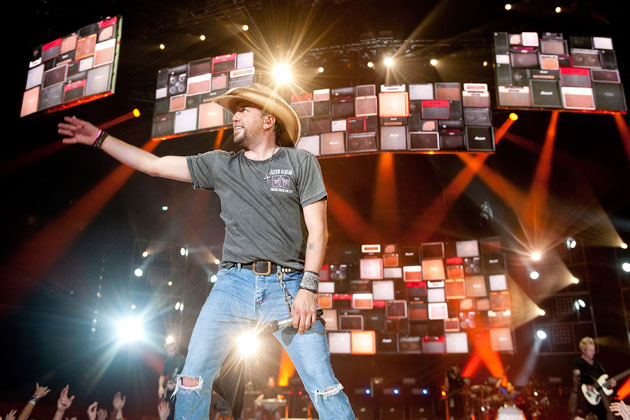 Jason Aldean’s previously sold out BURN IT DOWN TOUR will continue into 2015, and the smash hit that gave the red-hot tour its name is now No. one on both the Billboard Country Airplay and Mediabase radio charts. The two-time ACM “Male Vocalist Of The Year” will kick off the next leg’s 23-city run presented by Live Nation on Feb. 12 in Greenville, SC with special guests Cole Swindell and Tyler Farr.

Fans can now purchase tickets for the first announced dates at www.jasonaldean.com with more details to be revealed over the next few weeks.

“We are coming off a big album release week, and we wanted to keep the momentum rolling and get this next leg of the tour announced,” Aldean said. “Cole and Tyler are two of the hottest up-and-coming artists out right now, and I really dig what they do in their live shows. They are also just great friends, so it’ll be cool to have them out and see what kind of trouble we can get into together.”

Critics around the country agree this is Aldean’s ”most explosive tour ever” (Rolling Stone) and a “game changing run” (Billboard).

First Announced Cities on the 2015 BURN IT DOWN TOUR: