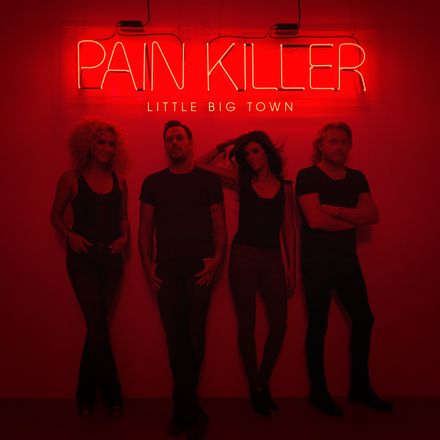 Newest inducted members of the Grand Ole Opry, Little Big Town, prepares for what will be a busy release schedule for their sixth studio album Pain Killer, in stores Oct. 21.

The foursome will wrap up their mentoring session with good friend Blake Shelton on “The Voice” (10/20, 10/21); stop by “Good Morning America” (10/21) for a live performance; broadcast live (8pm eastern) from the iHeart Radio Theatre in New York for iHeart Radio Country Live! (10/22), “The View” (10/23), and will wrap up by making a stop on “The Tonight Show Starring Jimmy Fallon” (10/30) for an exciting performance with The Roots.

In addition to the heavy TV schedule, Little Big Town will be performing an album release concert in NYC the night of Oct. 21 at the Best Buy Theater. Fans can expect a full run-through of Pain Killer and also fan favorites such as “Boondocks,” “Pontoon,” and “Tornado.”