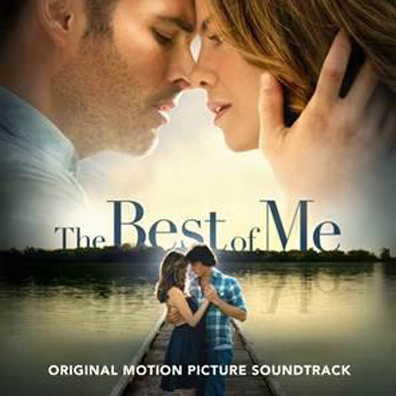 A date has been revealed for the release of the soundtrack for the upcoming Nicholas Sparks’ film, The Best of Me. EMI Nashville, along with Relativity Music, will release the official soundtrack October 7th.

Lady Antebellum contribute two songs – “I Did With You,” which has already been featured in trailers for the film, and “Falling For You.” Additional artists on the soundtrack with brand new songs include Kacey Musgraves, David Nail, Kip Moore, Eric Paslay, Hunter Hayes, Eli Young Band, Thompson Square, Thomas Rhett, Colbie Caillat, Phoebe Hoffman, SHEL and Gareth Dunlop.

The Best of Me Soundtrack Track Listing:

Seven-time GRAMMY-Award winners, Lady Antebellum, wrote (with Monty Powell) and recorded the original song “I Did With You,” based on the film’s premise. Fans can now purchase the song at all digital partners.  To purchase on iTunes, click HERE.

Surrounding the excitement of this release, Walmart will make available for purchase a special 48-page ZinePak exclusive at all Walmart stores nationwide. The ZinePak will include photos and quotes from some of the actors as well as the film makers responsible for the creation of the film The Best of Me. In addition the special ZinePak will have flower seeds from the flower that is featured in the story, an unabridged audio book and of course the soundtrack.

Furthermore, Relativity Studios is adding a $7.50 “Movie Cash Ticket” to all physically released versions of The Best of Me Soundtrack for fans to use towards one movie’s admission to see the film, The Best of Me. Available while supplies last and while the film is in theaters.