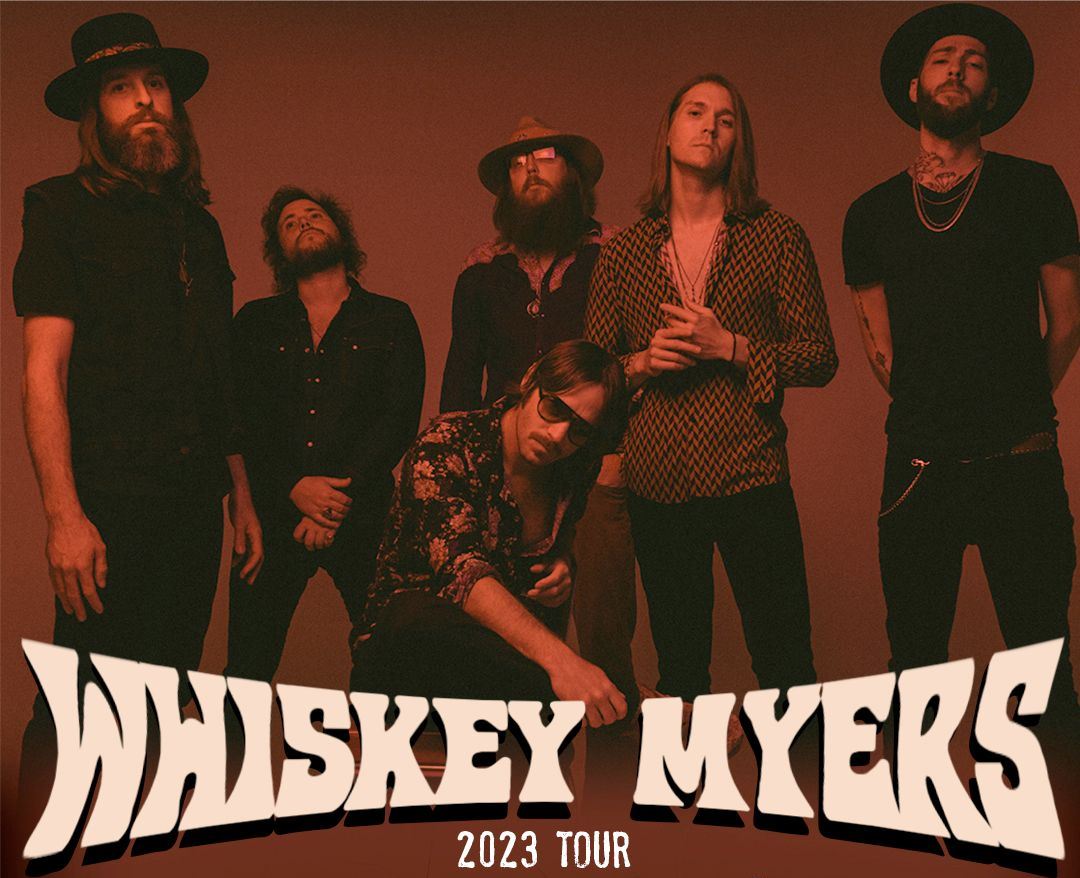 Having sold over 298,000-and-counting tickets year to date, with recent milestones including a single-day sellout of their Red Rocks Amphitheatre debut and back-to-back nights at the Ryman Auditorium (with the second show added after night one sold out in just 30 minutes), plus a headlining arena show in front of more than 10,000 fans at Fort Worth’s Dickies Arena last month, multi-Platinum independent band Whiskey Myers are ready to continue that momentum into the new year with today’s announcement of their Whiskey Myers 2023 Tour.

With 12 dates spanning the country throughout the months of February and March on sale to the general public beginning this Thursday, Nov. 11, via WhiskeyMyers.com, the tour serves as a launching pad for a full year to follow, with major festivals including Carolina Country Music Fest, Hwy 30 Music Fest, Country Jam Colorado and Country Jam USA already on the books, plus more tour dates to be announced in the coming months. Joining the genre-bending band for the run are Giovannie & The Hired Guns, Rival Sons and The Weathered Souls.

“An outlier of alt-country with more thrust, Southern cousin of the Black Keys or spiritual grandchild of Waylon and Willie’s Outlaw Country, Whiskey Myers is currently taking a regional movement global,” noted POLLSTAR in their recent cover story on the band, adding “Whiskey Myers offers sobering pieces of broken lives that go unseen.”

Fans will have a chance to see that authentic musical storytelling live on the upcoming tour, including songs off the band’s latest critically acclaimed album, Tornillo, recorded during a 21-day period of isolation at the Sonic Ranch studio just miles from the U.S./Mexico border and praised by American Songwriter for putting Whiskey Myers “in a league of their own with their signature hard-rocking sound on full display” with Nashville Lifestyles declaring, “Southern rock is alive and well on Whiskey Myers’ Tornillo – and it comes with a brassy border-town swagger… Equal parts train songs, tenacious energy, and Tabasco… their lawless musicality burns like the sun.”

For more information and to purchase tickets to upcoming shows, visit WhiskeyMyers.com and follow on social media @WhiskeyMyers.