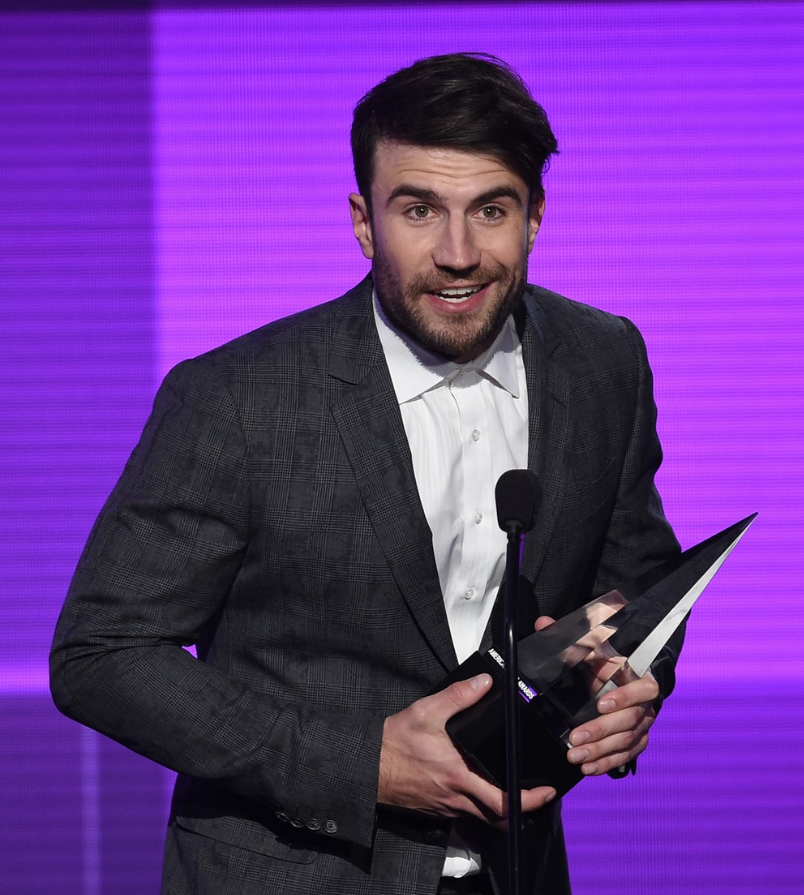 “This Award is a wonderful cap to what really has been a life changing year,” Sam says. “I am so thankful and grateful to all the fans who have made this amazing time possible.”

Hunt, who was presented the “New Artist of the Year” Award by the night’s host Jennifer Lopez, said during his acceptance speech, “To all my people back in Nashville who have been there from the start, you put your faith in me. You were there for the long haul. We kind of threw our keys over the fence and never looked back.”

Hunt has experienced an extraordinary year since the release of his debut album Montevallo, which has landed on multiple “Best of…” lists including the Associated Press, Billboard, Country Weekly, Los Angeles Times, NPR, Rolling Stone, SPIN Magazine, Village Voice and The Washington Post. Montevallo has produced three consecutive No. 1 Platinum-selling singles with “Leave the Night On,” “House Party” and the double-Platinum “Take Your Time,” and his current single, “Break Up In A Small Town,” just became eligible for Platinum status and has amassed over 1.1M in sales units (downloads and streams), making it the fourth consecutive single from his debut album to surpass 1M units since the album’s release in Oct. 2014. The monumental album has also now spent more than one full-year (55 Weeks) in the Top 10 on the country album sales chart – nine of those weeks at No. 1.

Recently, in recognition of the album that launched Hunt into the country music forefront, the Georgia native released a digital reissue of his original acoustic mixtape Between The Pines, which served as a blueprint for the then forthcoming Montevallo.

Hunt proved his universal appeal when named the Cycle 5 winner of Spotify’s Emerge program – a first for a country artist in the all-genre competition. Remaining a heavy-hitter on the streaming charts, Hunt’s “Take Your Time,” “House Party” and “Leave the Night On” are the No. 1, 3 and 5 most-streamed country singles year-to-date.

Hunt sold out his first-ever headlining Lipstick Graffiti Tour within minutes of going on sale. Hunt also shared the stage with Taylor Swift, joined tours with Lady Antebellum and Luke Bryan, and will be hitting stadiums with Kenny Chesney next spring.