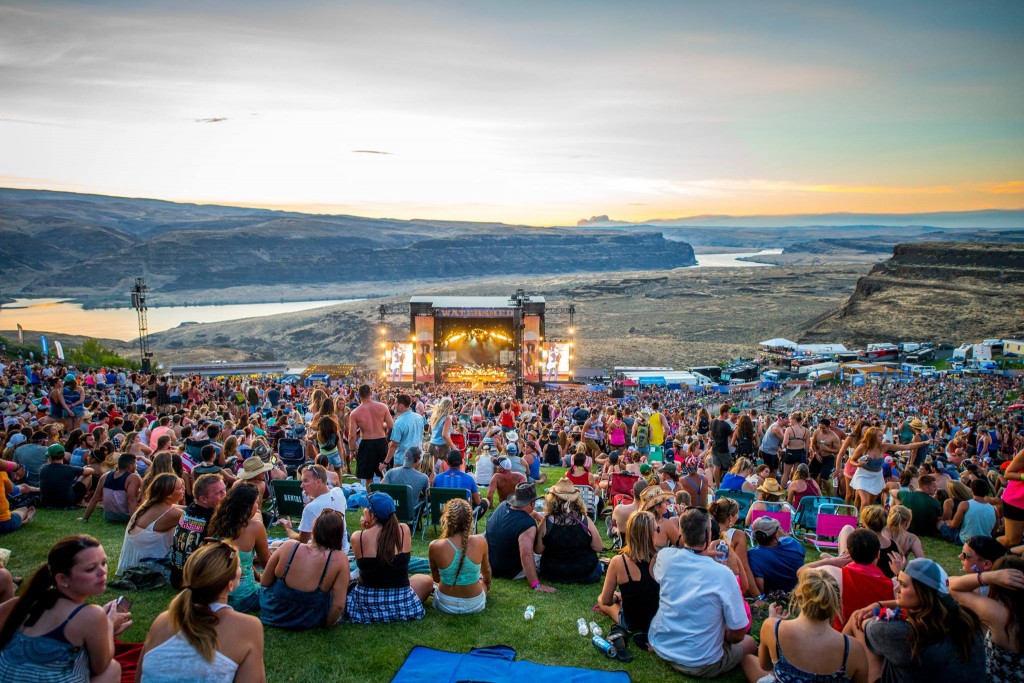 Watershed Music and Camping Festival will be the first-ever country music festival to host two consecutive weekends, set to take place on July 29-31 and Aug. 5-7 at the world’s most scenic music venue, The Gorge.  Since its inception four short years ago, Watershed garnered a nomination for “Festival of the Year” by the Academy of Country Music and has been heralded by Country Weekly, Entertainment Weekly and Rolling Stone as a “must-see” summer festival. With a history of selling out in just minutes, both weekends will feature the same lineup of soon to be announced headliners.

“Watershed was the very first festival we launched four years ago,” said Brian O’Connell, President of Live Nation Country Touring. “Thinking back to when we started we had no idea how quickly it would take off.  The fans who we now know as ’Shedders have become very important to us on this journey.  We’ve been listening to their feedback and adding a second weekend seemed like the next logical move.  It’s hard to describe the unique vibe you feel at Watershed, it’s such a special and awe-inspiring event and now more people will have the opportunity to see what it’s all about.”

Watershed is known for consistently providing a dynamic and eclectic lineup with platinum-selling headliners taking to the festival’s iconic main stage each year, as well as showcasing country’s emerging acts with the “Next From Nashville” stage.  With the breath-taking and unrivaled setting of The Gorge, the festival’s fans (otherwise known as ‘Shedders) have built an unwavering community with themed campsites, homemade campground activities including monster slip n’ slides, giant beer pong competitions and even impromptu weddings.  The festival’s unique atmosphere and remote location also lends itself to fringe events including spirited late-night sets and amusement rides with heart-stopping views of the watershed for the Columbia River, such a rarity that it inspired the name of the event.

The first to be established in Live Nation’s family of premier country music festivals, the success of Watershed was quickly followed by the launch of five other destination festivals including Faster Horses in Brooklyn, MI; Delaware Junction in Harrington, DE; Route 91 Harvest in Las Vegas, NV; Windy City LakeShake in Chicago, IL and FarmBorough in New York, NY.

More information including full lineup and on-sale dates will be announcing in the coming weeks. Join in the conversation on Twitter @watershedfest, Instagram @watershedfestival, Facebook or visit WatershedFest.com.