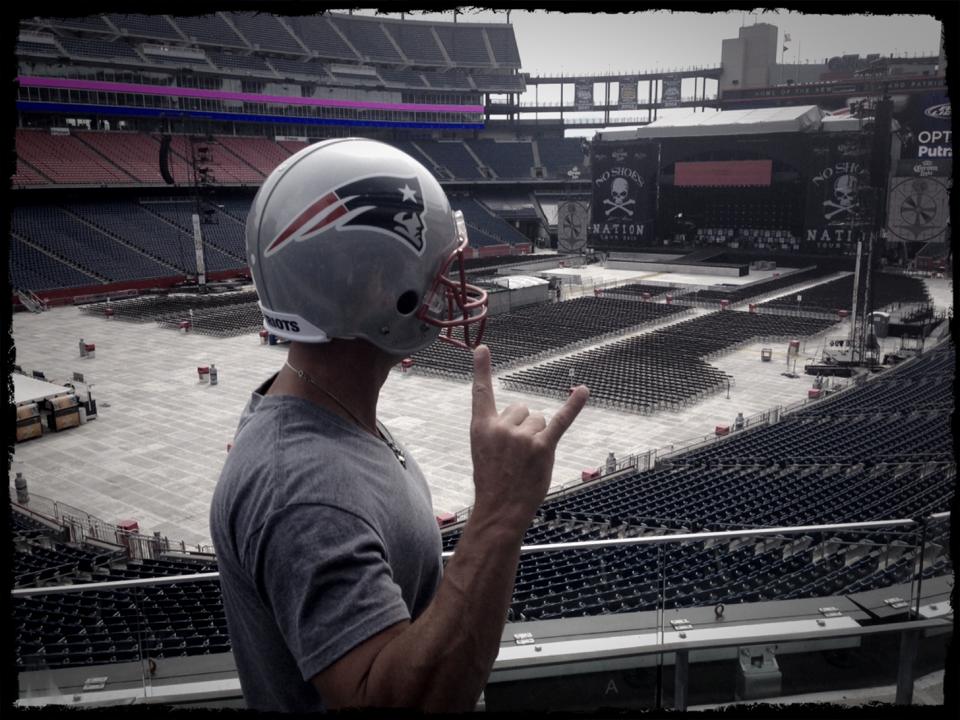 There has been a love affair between Kenny Chesney and the area around Boston since long before his first sold-out show at Foxborough’s Gillette Stadium in 2005. Having broken his own record by playing to 120,206 fans on Aug. 28 and 29 this year, the man The Wall Street Journal crowned “The King of the Road” never wanted to take that relationship for granted. He announced a single stadium show for Friday, Aug. 26 hoping that pre-sale demand would warrant adding that second date.

Pre-sale response was so strong, a second show on Saturday, Aug. 27 is being added before tickets to the general public go on sale. Tomorrow (Nov. 17) at 10 a.m. Eastern, the pre-sale will begin. Tickets for both shows will go on sale to the public on Friday, Nov. 20 at 10 a.m. Eastern.

“You never want to just assume people are as into you are you are to them,” Chesney says. “The people of New England, and especially Boston, have been so good to us for so long – and after this year, I didn’t want to assume we could do those kinds of numbers a second straight year. But once we went up on sale, we realized this year could be even bigger than last year… which is crazy.

“Then again, we named the No Shoes Nation at Foxborough. We’ve sold out 13 shows over eight years, and the heart, strength and passion of the people of Boston is what inspired me to start the Spread the Love Fund after the Boston Marathon bombing. So, I don’t know why I ever hesitated. Here’s to two rocking nights with some of my dearest friends in one of my favorite places in the world.”

This show marks Chesney’s 15th play in the home of the New England Patriots. With Miranda Lambert, Sam Hunt and Old Dominion joining him for the weekend, the Spread the Love Tour is destined to reach new heights in one of the eight-time Entertainer of the Year’s most enduring markets.

“Gillette Stadium holds so many special memories,” Chesney says. “Last year when the Kraft family brought the Super Bowl trophies on stage with us… It was crazy. Not to mention playing ‘Happy on the Hey Now’ with Gretchen Rhodes, one of the original island girls who were a bridge to this city. Places like that really stand out, really give a reason to keep going during the summer – because as good as it is, you know there is something even better ahead.”

That’s pretty strong praise. Chesney’s Big Revival 2015 broke nine attendance records – many his own — on the way to selling in excess of 1.3 million tickets this summer. The only country artist on Billboard’s Top 10 Touring Acts of the Past 25 years, Chesney has created a summer touring institution that has brought fans together from all over America for each of his dozen tours, and 2016 looks to be no different.

“The energy this summer was insane,” Chesney says. “It makes me wanna get back out there right now. Just getting these stadium shows on the books fires me up and tells me to get ready ‘cause there’s a lot of music getting ready to happen. And Boston strong it is, and then some.”