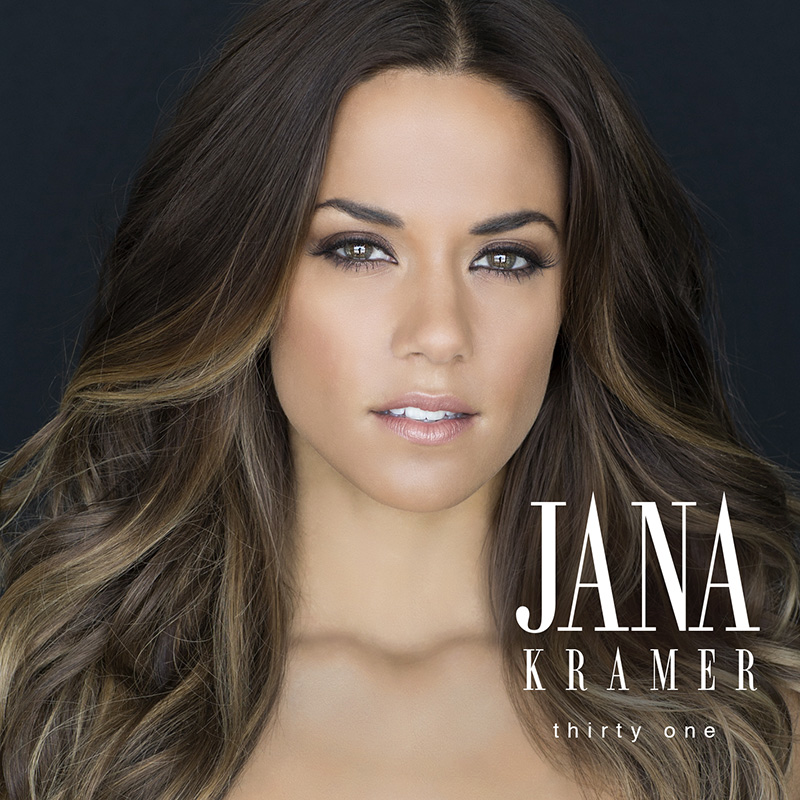 Jana Kramer is gearing up to release her highly anticipated sophomore album, thirty one, on Friday, October 9, 2015. The album features her widely embraced single, “I Got The Boy,” as well as ten additional fresh new tracks.

It’s been three years since the release of Jana Kramer’s debut album, and during that time this album reflects growth both as a singer and a songwriter. Kramer captures listeners with her smooth vocals from start to finish. Her personality radiates within “Boomerang,” “Pop That Bottle,” and “Love Tonight,” and shows off her feisty/sassy side on “Don’t Touch My Radio” and “Bullet” (which features Steven Tyler on background harmonies).

Jana brings the softer tracks to life with her powerful vocals on songs such as “Circles” and “Dance In The Rain,” and paints a vivid, emotional picture on the final track, “Last Song.” So much elegance and so much grace is displayed as the raw emotions can be heard throughout “Last Song.”

Kramer’s new album, thirty one, is a solid collection of music. She delivers a dynamic album, infused with several musical elements throughout. Incorporating both pop & rock, Jana strongly maintains the country theme throughout the album. Kramer’s voice is distinct and strong, and she’s a blessing to have representing women in country music.

Jana Kramer’s new album, thirty one, will be available in stores as well as digital music outlets on October 9. Order your copy of thirty one on iTunes HERE.