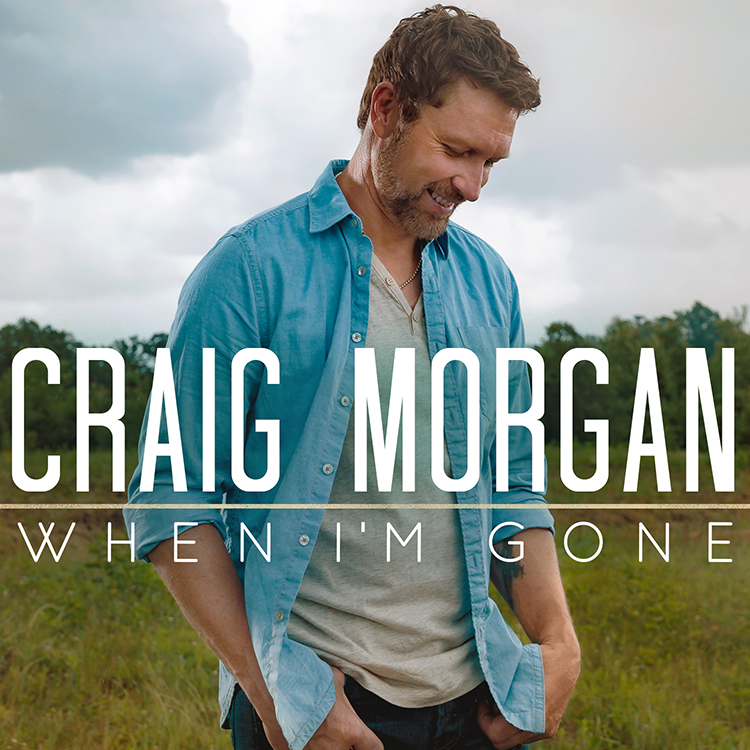 Building on the proven hits “This Ole Boy,” “Wake Up Lovin’ You,” “Bonfire,” “International Harvester” and the six week #1, “That’s What I Love About Sunday,” Morgan’s music continues to evolve to new heights, working with producer Byron Gallimore for the first time, further defining the distinctly authentic Craig Morgan sound.

“’When I’m Gone’ is one of those songs where the first time I heard it, I knew I had to record it because it’s so exactly me” shared Craig. “It’s no secret I’ve got an adventurous side. I’ve been a rodeo clown, I’ve raced sled dogs in the Arctic, and I’ve broken more bones than I can count. But more than anything else, I want to be remembered as the guy who lived his life to the fullest with and for my family and friends. That’s what I want my legacy to be.”

“When I’m Gone” is the lead single from Craig Morgan’s forthcoming third album on Black River Entertainment, expected in 2016. The single will be digitally available on September 18 and impacts Country Radio on September 21.