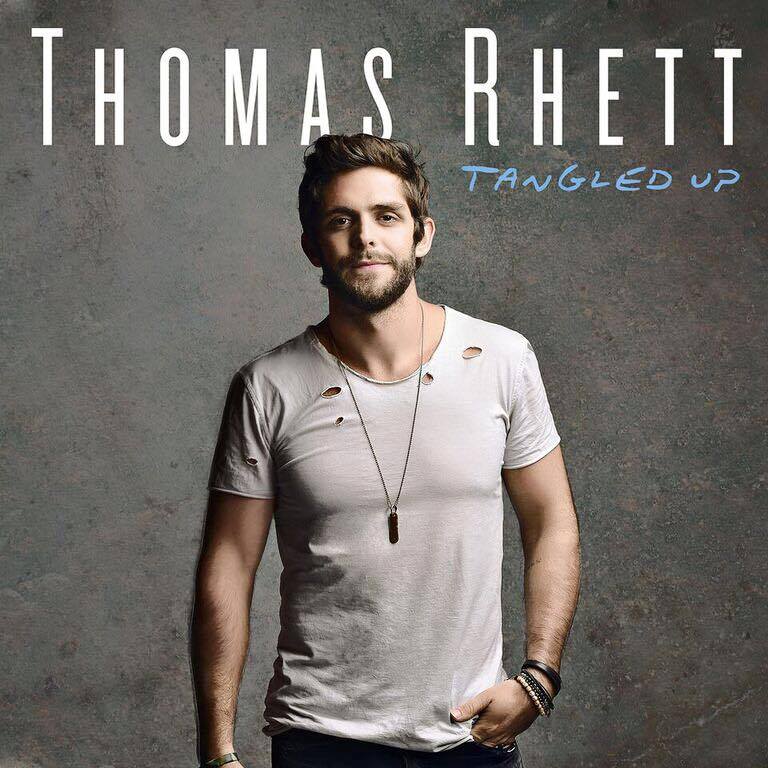 Multi-PLATINUM selling Thomas Rhett spent his childhood listening to the sounds of the FM radio. He would regularly flip from one station to another, cranking up a mix of country, pop, R&B, rap, rock, and oldies. It was a tangle of music. Decades later, he’s tipping his hat to those days with TANGLED UP (The Valory Music Co.) out Sept. 25, an album that mixes the sound of his influences with equal doses of groove, melody and twang.

Produced by a combination of music’s most respected and fresh talent, the 13-track album is filled with party anthems, dance tunes, drinking songs, love ballads, and everything in between, all tied together by a dynamic singer who’s unafraid to blur the lines between genres. The record was written across the country before and after shows, while Thomas Rhett’s body was still flushed with adrenaline.

“At our shows, there aren’t any rules,” Thomas Rhett continues. “There’s no such thing as standing still and just singing a song. I love jumping into the crowd. I love to dance. The whole show is very uptempo, high energy, and completely unpredictable.”

Maybe that’s why TANGLED UP feels like such an upbeat, energetic record. Its “retro, contemporary and edgy” (Billboard) first single “Crash And Burn” has already climbed into the Top 10 and earned GOLD certification long before the album’s release.

9. The Day You Stop Looking Back  (Jaren Johnston, Luke Laird)