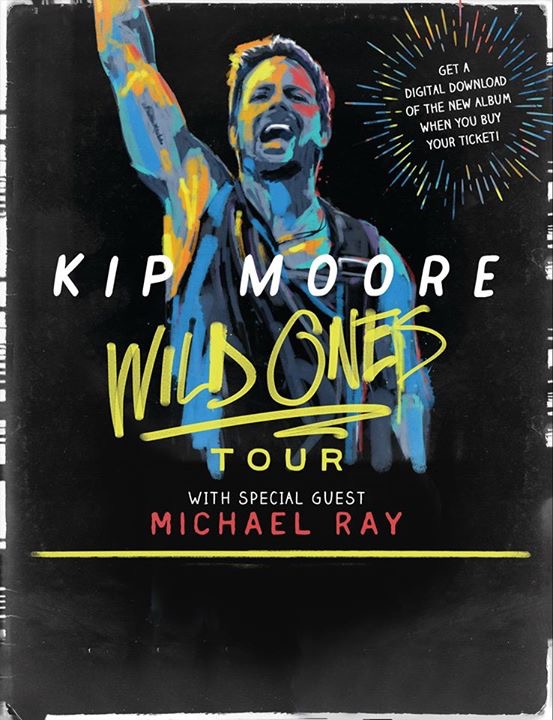 MULTI PLATINUM singer/songwriter Kip Moore announced today that he will headline the 2015 WILD ONES TOUR beginning Oct. 8 in Bethlehem, PA and continuing on to more than 20 cities in the US and Canada through early December.

Moore, who has built one of country music’s most loyal audiences show by show, will hit major markets including New York City’s Terminal 5 and Boston’s House of Blues with multiple night sell outs expected in some markets. Michael Ray will join the “I’m To Blame” singer on tour as well as Chris Cavanaugh, Joey Hyde and DeeJay Silver to join him on select dates.

Moore will perform tracks from his upcoming sophomore album WILD ONES (MCA Nashville), which is set for release on Friday Aug. 21. A super-sized record caught somewhere between blue-collar country music and stadium-sized rock & roll, each song on the 13-track disc was written by Moore. Most were born on the road and recorded during “time off” from playing more than 200 shows a year. Fans can preorder the album here.

“My favorite part of this crazy life we have is playing live,” said Moore. “We’ve been playing so many of these new songs in the live show because we road-tested them night after night before recording what became the final album. They were a huge part in helping me formulate what WILD ONES became…we are a tribe. I’m excited to get back out there and headline and put a show together that is all about them.”

Moore will perform his current single “I’m To Blame” on tomorrow night’s broadcast of “CMA Music Festival: Country’s Night To Rock” at 8.00pm ET on ABC.