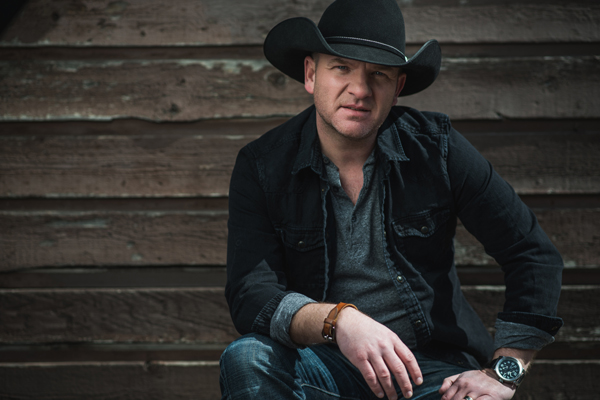 CountryMusicRocks got the opportunity to catch up with Bobby Wills to chat about his new music, and to get to know him a bit better.  Check out interview with Bobby below!

CountryMusicRocks (CMR): You’re gearing up to release your new EP, Crazy Enough. Give us a little background and tell us about this new collection of music.

Bobby Wills: When we put “Crazy Enough” together, we tried to think of it as an introduction. The songs range from southern rock to pop to stone cold country! They represent who I am musically and personally. I think it’s a great “first look” at me as an artist, and I’m excited for fans to hear it.

CMR: What was one of your favorite moments in the studio recording the EP?

Bobby Wills: I love the studio, its one of the most creative and honest places for me. The first time I heard the band play “Crazy Enough” at full throttle I was thrilled. Listening to music come alive from an idea and a simple acoustic work tape is always the best part for me.

CMR: As you gear up to make the transition and move to Nashville this year, what are some places you’re looking forward to checking out for the first time?

Bobby Wills: We have spent a ton of time the last few years in and out of town, so I have done most of the stuff on my list. One thing I am excited about though, is having a closet with my stuff in it instead of a worn out suitcase trying to figure out how to deal with what I have forgotten.

CMR: For folks that haven’t seen you perform yet, how would best describe your set?

Bobby Wills: Fun, high energy and laugh out loud! The stage is home.

CMR: Social Media has become such a huge role for artists. Do you feel more connected to fans having the social media tool at your fingertips?

Bobby Wills: I love being able to connect directly with fans and social media is an instant way to make it happen.

CMR: Who are some of your favorite celebrities to follow?

CMR: As fans are still getting to know you, what is one thing that you would like to convey to country music fans about you & your new music?

Bobby Wills: The music is real! I wear my heart on my sleeve, so what you hear is what you get. I love experimenting with different sounds but when I open my mouth – it’s Country.

Bobby Wills: Grande Ole Opry is still THE one.

CMR: Music is consistently evolving & growing. In your opinion, what do you think separates country music apart from any other genre?

Bobby Wills: Country music has always been set apart with real life storytelling. I love the genre because it’s so diverse and encompasses so many influences and styles, and maybe now more than ever.

Crazy Enough is available now on iTunes. Pick up your copy HERE.