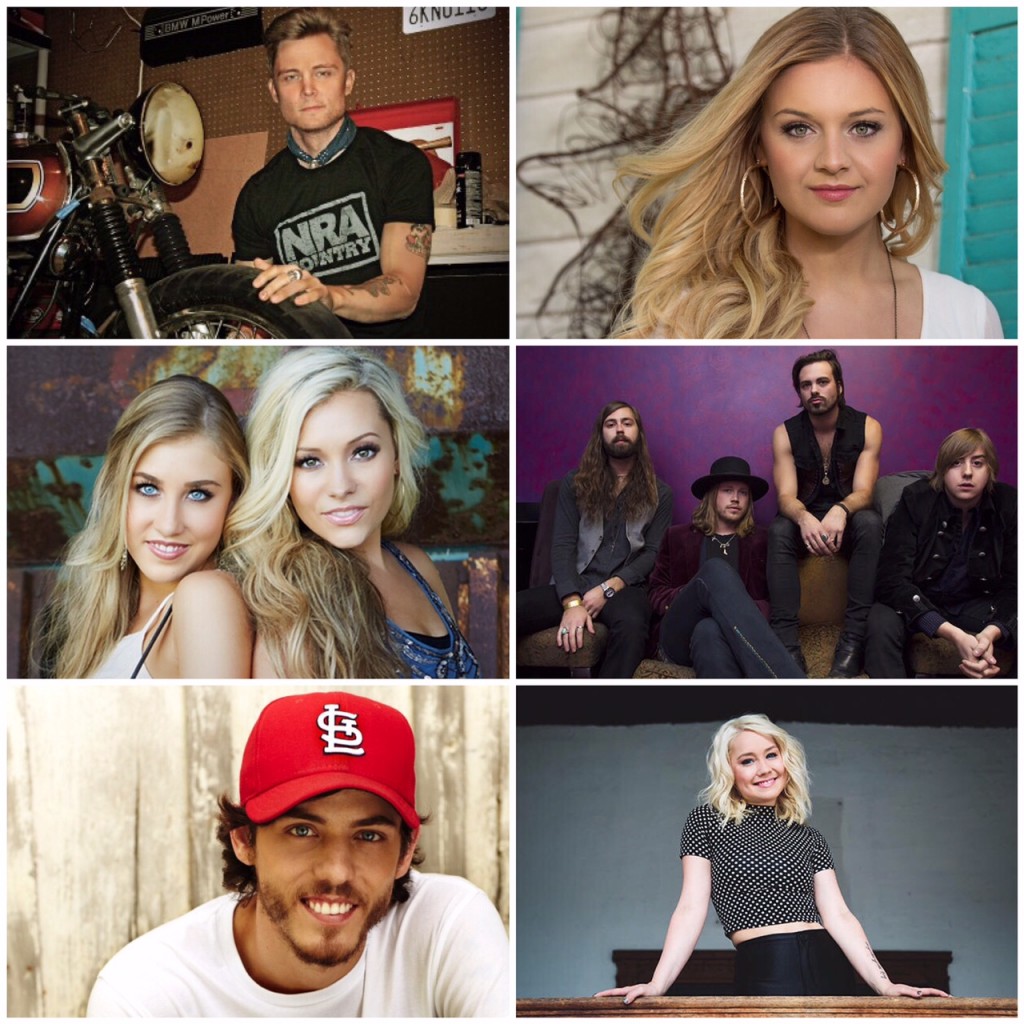 The star-studded 2015 CMT Music Awards lineup is being pumped up with the addition of talented new acts, including: A Thousand Horses, Chris Janson, Frankie Ballard, Kelsea Ballerini, Maddie and Tae, and RaeLynn. Presented by eighth-consecutive-year sponsor Nationwide, the country music stars will be performing on the sponsor’s branded stage at the event.

The 2015 CMT MUSIC AWARDS will broadcast LIVE from Nashville’s Bridgestone Arena on Wednesday, June 10th at 8:00 PM ET/PT, and will air on CMT and CMT.com.

Hosted by dynamic duo Erin Andrews and Brittany Snow, the Awards will feature performances by Carrie Underwood, Eric Church, Florida Georgia Line, Jake Owen, Jason Aldean, Keith Urban, Kenny Chesney, Lady Antebellum, Luke Bryan, Sam Hunt and Zac Brown Band. Fans can vote now via CMT.com through June 7 at 11:59 PM ET to determine winners. The six finalists for Video of the Year will be announced at the beginning of the live show and fans can then vote at CMT.com throughout the live telecast (ET/CT only) to determine the night’s big winner.

A Thousand Horses – First single, “Smoke,” made Country Aircheck history as the highest debut ever for a new artist’s first single at #28 and made its way to #1 this week! The nine piece band is currently opening on Darius Rucker’s ‘Southern Style’ tour. Their debut album, Southernality, will be released on June 9 by Republic Nashville. They are nominated for their first CMT Music Award for Group Video of the Year.

Chris Janson – New single, “Buy Me A Boat,” hit #1 on the iTunes Country chart and #7 All-Genre chart, following its recent debut. He is currently on the road with Toby Keith for the ‘Good Times & Pick Up Lines’ tour. CMT will produce Janson’s “Buy Me A Boat” video, marking the first time the network has financed a music video for an artist.

Kelsea Ballerini – Debut single “Love Me Like You Mean It” is Top 5-and-climbing at Country radio this week, and her debut album on Black River Entertainment, ‘The First Time,’ is now available. She recently wrapped co-headlining CMT’s Next Women of Country Tour and will open for Lady Antebellum on select dates throughout the summer. Newly crowned one of CMT’s Next Women of Country, the emerging artist-songwriter scored her first award show nomination for CMT Music Awards’ Breakthrough Video of the Year.

RaeLynn – After scoring highest charting debut single by a solo female artist in 2014 with the gold-certified “God Made Girls,” RaeLynn recently released her new single, “For A Boy.” This year, she joins Rascal Flatts’ ‘Riot’ tour 2015 and Miranda Lambert’s ‘Roadside Bars and Pink Guitars’ tour. She is nominated for CMT Music Awards’ Female Video of the Year and Breakthrough Video of the Year.