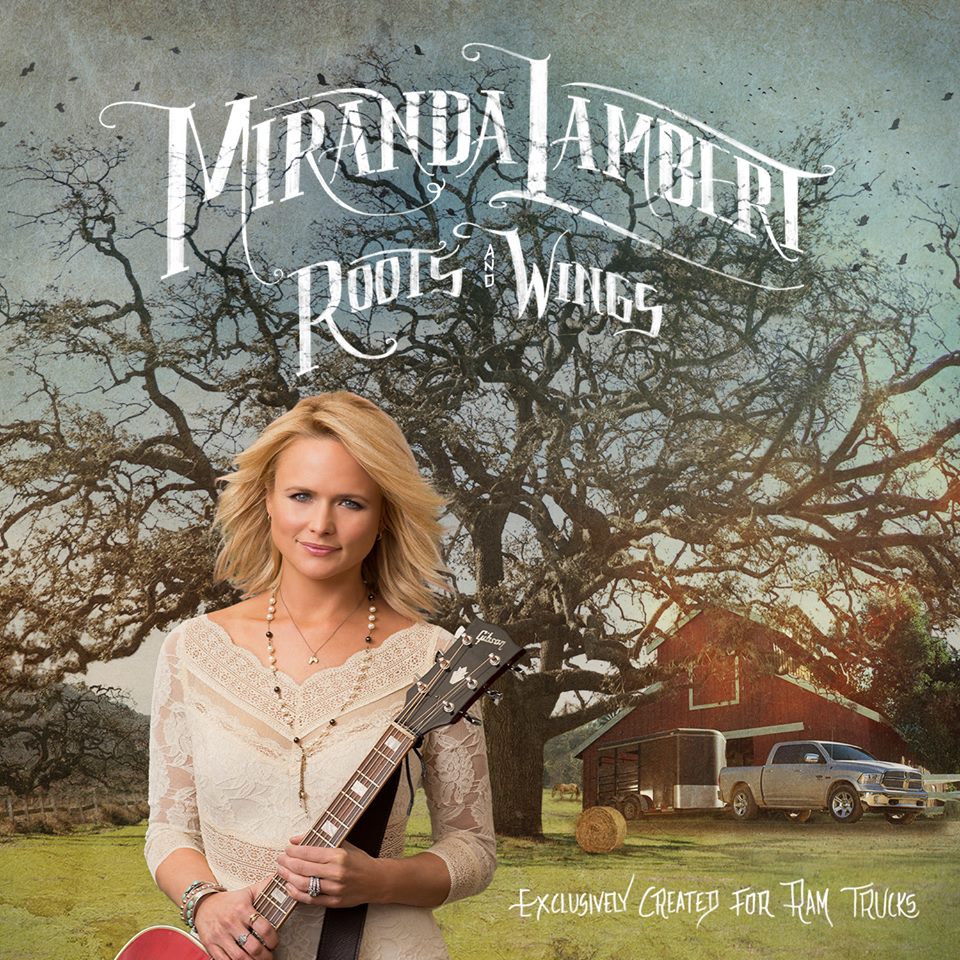 “Roots and Wings,” the song Grammy® Award-winner Miranda Lambert wrote especially for the Ram Truck brand and the cornerstone of a Ram Truck marketing initiative launched earlier this year, is available today, Tuesday, May 26, in a long-form Ram brand video airing exclusively on Yahoo media properties, the same day that Sony Music Nashville releases the song on iTunes and major streaming services.

After a 24-hour exclusive on Yahoo’s front, musicand Ram Country, the 3-minute Ram video, featuring the full “Roots and Wings” song, can be viewed at YouTube.com/ramtrucks and RamTrucks.com/Miranda.

A shorter version of the “Roots and Wings” song debuted earlier this year in a new Ram Truck brand marketing campaign featuring Lambert. The campaign included television, print, digital and social media elements.  A 60-second version of the song also played in concert venues during Lambert’s “Certified Platinum Tour,” which ended last month.  There was so much fan excitement and interest in the song that Ram and Lambert decided to create a long-form commercial featuring additional verses of the song never heard before.

“You always strive to work with an artist who is willing to put their heart and soul into a partnership and Miranda Lambert does just that with Ram, writing a custom song inspired by our brand,” said Olivier Francois, Chief Marketing Officer, FCA – Global. “To see so many of our mutual fans embrace the small portion of the ‘Roots and Wings’ song used in our Ram marketing campaign, compelled us to create a long-form version of the video which is quite special and unique.”

Lambert said that “Roots and Wings” was a personal song about where she came from and where she is going. The full-length video creatively tells her story through live action video combined with illustrations, animation and vintage styling. The still photos featured in the piece were hand picked from Lambert’s family photo album.

“I’ve seen so many positive reactions to the song and the partnership with Ram,” said Miranda Lambert. “The song is just so special and personal to me, and it is so amazing what the Ram team did to bring it to life, that I want my fans to see it too.”

Additional behind-the-scenes content is solely available at RamTrucks.com/Miranda, including a making of the commercial video and a soon to be released video from Lambert’s Nashville recording session of Roots and Wings. A variety of photos are also available on the site, and all social content will be aggregated through the hashtag #RootsWingsRam.  For additional content, fans can follow Ram Trucks on its Facebook, Twitter and Instagram pages.

The Miranda Lambert and Ram partnership will continue during Lambert’s “Roadside Bars and Pink Guitars tour” in the fall where a version of the “Roots and Wings” video will be played during intermission and a silver Roots and Wings-themed Ram 1500 truck, just like the Laramie Longhorn Lambert owns, will be on display.  Fans will be encouraged to share their experiences at #RootsWingsRam.