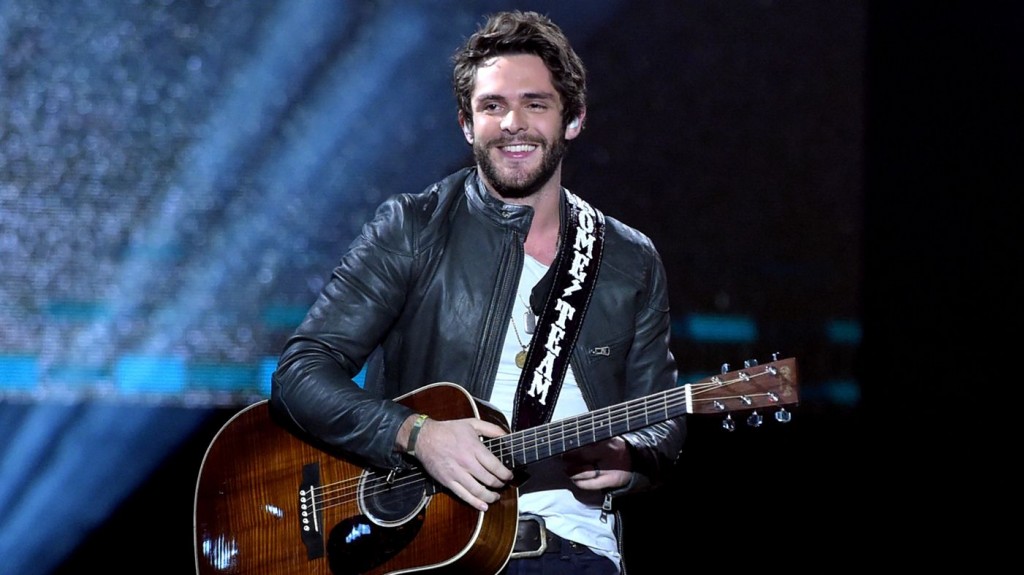 To kick off a historic 50th anniversary weekend for the Academy of Country Music Awards, “New Artist of the Year” nominee Thomas Rhett is performing an exclusive Ram Country Live! on Yahoo Music concert from the legendary Gilley’s Dallas. Fans across the world can tune-in to the live stream on Fri., April 17 at 8:00P CT at: ramcountry.yahoo.com/thomas-rhett-live.

In advance of the 50th Annual ACM Awards, Thomas Rhett will also join Ram Trucks as they attempt to break the Guinness World Record for the longest truck parade in history on Sat., April 18 at AT&T Stadium. He will sign autographs for fans at The RAM Trucks display at the ACM Party For A Cause Festival later that afternoon. Additionally, Thomas Rhett will be featured alongside Ram Trucks during the 50th Academy of Country Music Awards broadcast live Sunday, April 19 on CBS.

“I’m a truck guy and always have been, so it’s a natural fit for me to work with Ram Trucks” said Thomas Rhett. “This year’s ACM Awards is already so cool for me because I am nominated and get to perform on the television show. But I can’t think of a better way to start things off than with a full set for my fans on a rowdy Friday night at Gilley’s. It’s one of those iconic Texas clubs that everyone has played at some point in their career, and even if you aren’t in Dallas for the weekend, you can tune in online and be part of it, which is really cool.”

In addition to his nomination, the Platinum selling singer/songwriter is also scheduled to perform his recent chart-topper “Make Me Wanna” at Sunday’s Awards. The song marks three consecutive No. one hits from his debut album IT GOES LIKE THIS (Valory Music Co.), making him the first male artist to accomplish this on the Billboard chart in over 20 years. Touted by critics as being “at the forefront of young country singers” (Tampa Bay Times), he just released the upbeat breakup anthem “Crash And Burn” from his upcoming sophomore effort.

For more information and updates on new music, visit thomasrhett.com.