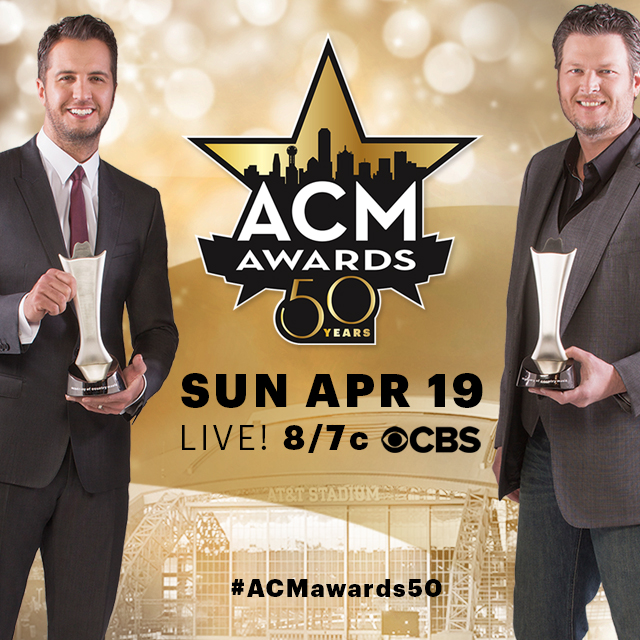 Everyone knows country music is about the fans. The Academy of Country Music is taking that relationship to the next level, by partnering with Glow Motion Technologies and fan-engagement company Mobaglo to make the 50th ACM Awards at AT&T Stadium in Arlington, TX, a one-of-a-kind spectator experience with ACM Backstage.

The Academy of Country Music is lifting the backstage curtain at AT&T Stadium, the home of the Dallas Cowboys, for those who Shazam the CBS broadcast during the show. Fans who do will be entered to win a trip for two to next year’s ACM Awards, a guitar signed by the evening’s hosts, and more. ACM Backstage, powered by Mobaglo, will offer insider access to the night from a variety of live cameras around the stadium. Watch stars float down the red carpet before the awards and meet with reporters backstage during the show on the Mary Kay-sponsored Glam Cam, peek inside the director’s truck on the RAM Cam, watch live artist messages as they walk off stage following performances, award wins, and more.

Additionally, select ticketed seat holders within AT&T Stadium, home of the Dallas Cowboys, will find Glow Motion Technologies LED wristbands at their seats that they can use to help create ultimate television moments throughout the night. The LED wristbands provided to spectators will turn the audience into a light-up canvas as they wave their arms along to their favorite performances and increase sponsor visibility and fan interaction in millions of homes.