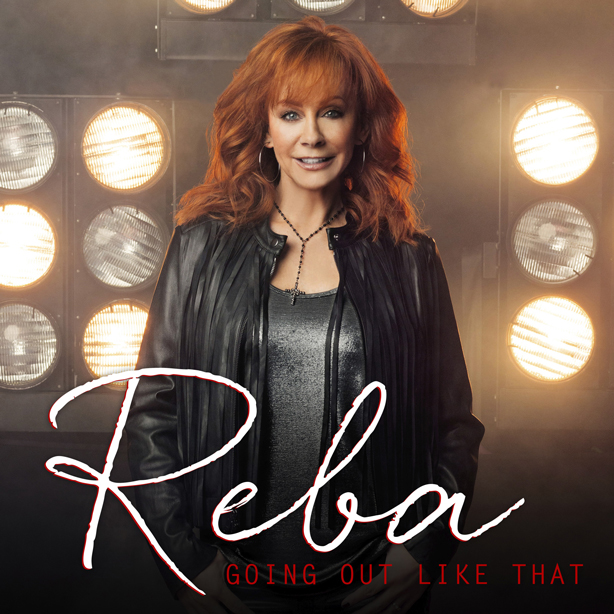 She’s back! … REBA releases a brand new single, “Going Out Like That,” today. With her first new music in over four years, the multi-media entertainer is ringing in 2015 with a bold new tune that packs a sonic punch and evokes familiar imagery, “it’s been a while since she put that red dress on and slipped into those high heels …”

The Oklahoma native debuted “Going Out Like That” on America’s Morning Show with massive exposure on the nationally syndicated four-hour radio broadcast.

“When you listen to thousands of songs trying to find just the right one to record, a really great song jumps out at you. That’s exactly what ‘Going Out Like That’ did to me. It jumped out because it’s a great song with up-tempo sassiness!!! The first time I heard it, a man was singing the demo. When I sang it coming from a female perspective, it became a woman’s power anthem. Sure hope you like it,” revealed Reba to fans recently on Twitter.

Hit songwriters Ben Hayslip, Rhett Akins, Jason Sellers originally penned “Going Out Like That” with a male in mind, but after few lyrical tweaks, Reba headed into the studio with long-time producer Tony Brown. The final result features her signature twang coupled with a fiery beat. The lead track will be featured on Reba’s first album on Nash Icon Records, which is slated for April and finds the “Queen of Country” collaborating for the first time with James Stroud on various songs.

In June, Reba will join forces with Kix Brooks and Ronnie Dunn to launch REBA, BROOKS & DUNN: Together in Vegas, a one-of-a-kind Country music residency at The Colosseum at Caesars Palace. For tour dates and more, visit reba.com.