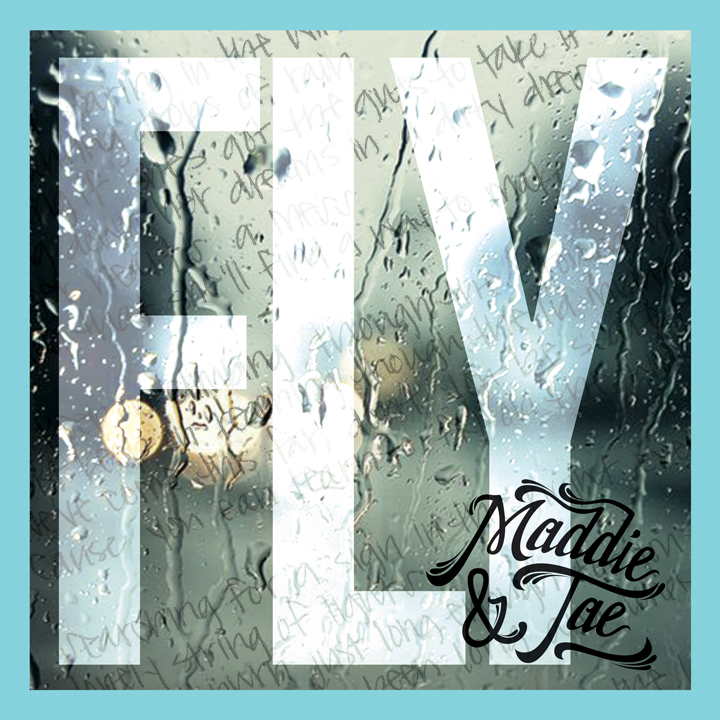 Only the third female duo since the inception to Billboard’s Country Singles Chart – the first 71 years ago – MADDIE & TAE have been embracing impossible dreams since leaving Ada, Oklahoma and Sugar Land, Texas in the name of writing and singing their own songs. You could joke it’s hard to be young, pretty and talented, but when you’re starting, that doesn’t always make the way easier… or your confidence impenetrable.

“In some ways, every day, we can’t believe how this is happening,” Maddie marvels. “Because we’re racing around, it’s just ‘What’s the next thing we need to do?’ Then someone stops us and says, ‘You’re #1…,’ and it’s almost not real.”

“Except it is,” Tae continues. “And people might think it’s easy… or it just happens. But we know this is crazy. We also know all the times someone told us not to get our hopes up, not to plan on it. But, you know, you’re nothing without a dream.”

And so, Maddie Marlow and Tae Dye put pen to paper, deciding to “Fly.” The follow up to their recent chart-topping debut, Maddie & Tae show they’re not only more than a girl in a country song, they offer a song to empower anyone anywhere who has dreams. Not since the Dixie Chicks offered America “Wide Open Spaces” have young people on the verge had a song to cling to as they tested the unknown, reached for what seems impossible and embraced the missteps getting where they want to be.

“’Fly’ is not about when the going’s easy and the path’s smooth,” explains Tae. “It’s when everything’s going wrong… when you’re sure it’s not going to happen… and somehow still take that step. For Maddie and I, that always seems to be the moment when – literally – we fly.”

“How you keep your faith when it’s hard makes the difference,” adds Maddie. “There will always be wrong turns, people who can’t see it… and when you keep going, even when you’re scared or sad, that’s when things seem to happen.”

Their approach to acoustic-driven Country is equal parts smarts and real girl spirit. Anything but high gloss, slick finished, jacked up, diamond hard veneer and hip-hop undulation, “Fly” is organic, drawing on acoustic instruments, the sound of fingers on strings, swooping harmonies that quiver with the tentativity of being young and wanting – technically astute vocalists who know how to imbue emotion without losing control.

“This is a song we wrote a bit to remind ourselves no matter what happens, don’t give up,” Maddie says, laughing. “Whether you’re 20 and starting out… or maybe 30 and trying to figure the next part out… or 40 and deciding if there’s something else, we hope this song helps. It did for us, which is why we wrote it, but if we can give people the faith to keep going? To us, that’s what music’s for.”