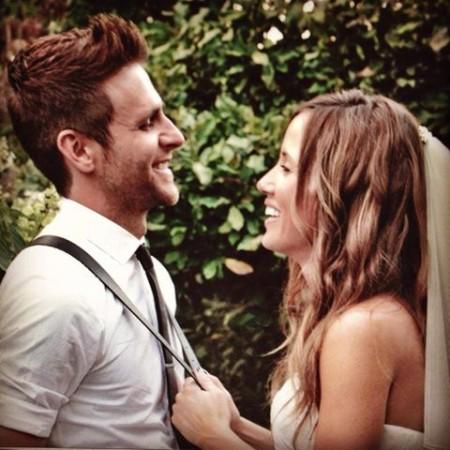 The ceremony took place on the front steps of an old house called The Mansion located in Columbus, Ohio. The pair were engaged in March.

The Virginia native says Christy is so much fun and can outdrink most of his guy friends. In fact, “she holds the parking lot record at Ohio State for shot gunning beer, so she’s a trooper.”

Canaan is heading up the charts with his single, “Love You Like That.”  Pick up your copy HERE.