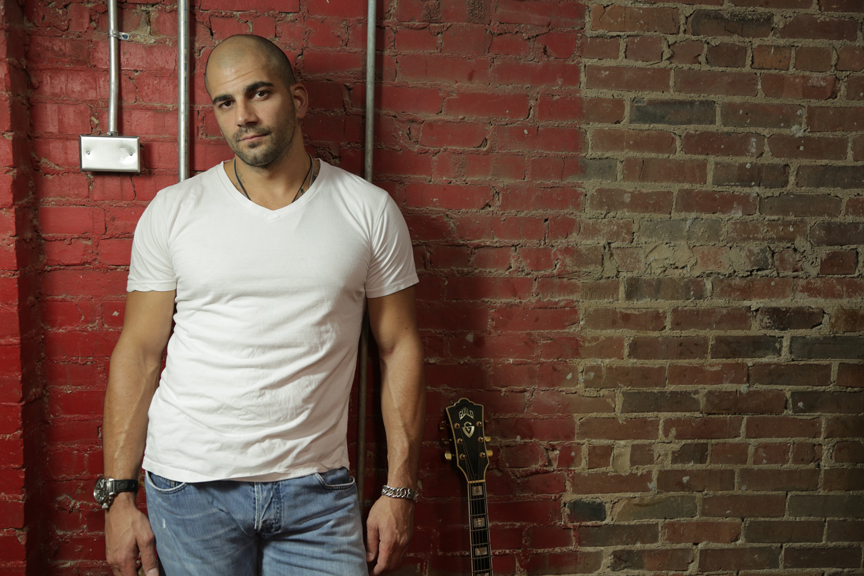 Country newcomer Scott DeCarlo is the winner of Snagajob’s third annual Hourly Gig Contest. Snagajob, America’s largest hourly employment marketplace for job seekers and employers, gives aspiring musicians the opportunity to showcase their talents on a national stage. As the winner of this year’s competition, Scott DeCarlo won an all-expenses paid trip to Denver to be the opening act for country music singer/songwriter, Chase Rice, during his September 5 concert.

When we caught up with Chase Rice several weeks back about the Hourly Gig Contest, Rice told us “they have to fight for it a little bit. It’s not just given to somebody, you’ve got to fight for it.”  Clearly DeCarlo impressed Chase Rice as well as the additional judges and the fans with his video submission (watch here).

Check out our interview below with Scott DeCarlo and see what he tells us about winning the Third Annual Snagajob Hourly Gig Contest!!

CountryMusicRocks (CMR): Congratulations on your win! When you heard about Snagajob’s Hourly Gig Promotion, what made you want to participate in this specific campaign?

Scott DeCarlo: First of all, thank you and a huge THANK YOU to ALL the fans that made this possible.

I had a fan (Tyler K) reach out to me on Facebook and he said, “hey man you could win this, why not submit a video?” So I did. I really didn’t think I’d have a chance but boy was I happily proven wrong.

CMR:  Tell us a little about your reaction when you found out that you won the competition?

Scott DeCarlo: I was sincerely shocked. I went up against some pretty steep competition with a lot larger social media status/accounts than I have, although they’ve all been growing at a steady pace since the news of the win, I was humbled!

CMR:  As you are preparing for the show on Friday and opening for Chase Rice, what are some of the things that are going through your mind?

Scott DeCarlo: The same kinda things I think about when preparing for each show. I want to make sure I’m at my best! I need to give my best to the crowd. As a performer I feel as though, if you’re not giving every ounce of yourself to those who support you, or those who you are trying to obtain support from, in this case, an entirely new crowd in Denver Colorado that has never seen or heard much of me prior to this contest, why would anyone bother?

So my thoughts go deep into making sure I can “bring it!”

CMR: When we chatted with Chase Rice about this campaign, he told us that he would definitely be watching the winner’s performance. Does that make you nervous or excited to know that he’s interested in seeing you perform?

Scott DeCarlo: It definitely excites me and makes me more determined than nervous I think, to make the best of this opportunity. Although, I know my nerves will be revved up to 10,000 RPM’s just prior to stage call. He is someone I look up to as a writer and performer and I admire the things I’ve heard about the quality of his work ethic. I’m certain he won’t be easy to impress.

CMR: If there was one thing that you would like to convey to fans about you & your music, what would it be?

Scott DeCarlo: We are one and the same, Hard Rockin Country, and I’ll be bringing a “good time” with me to Denver.

Scott DeCarlo: Exactly what you just said, it is always “evolving” and I believe that, is what makes it the best genre there is today. It’s real, it’s not about where you come from, glam or what ridiculousness you can put in a video. It’s about what you can give as an artist to the listener, and the fans that believe in good music and great shows.