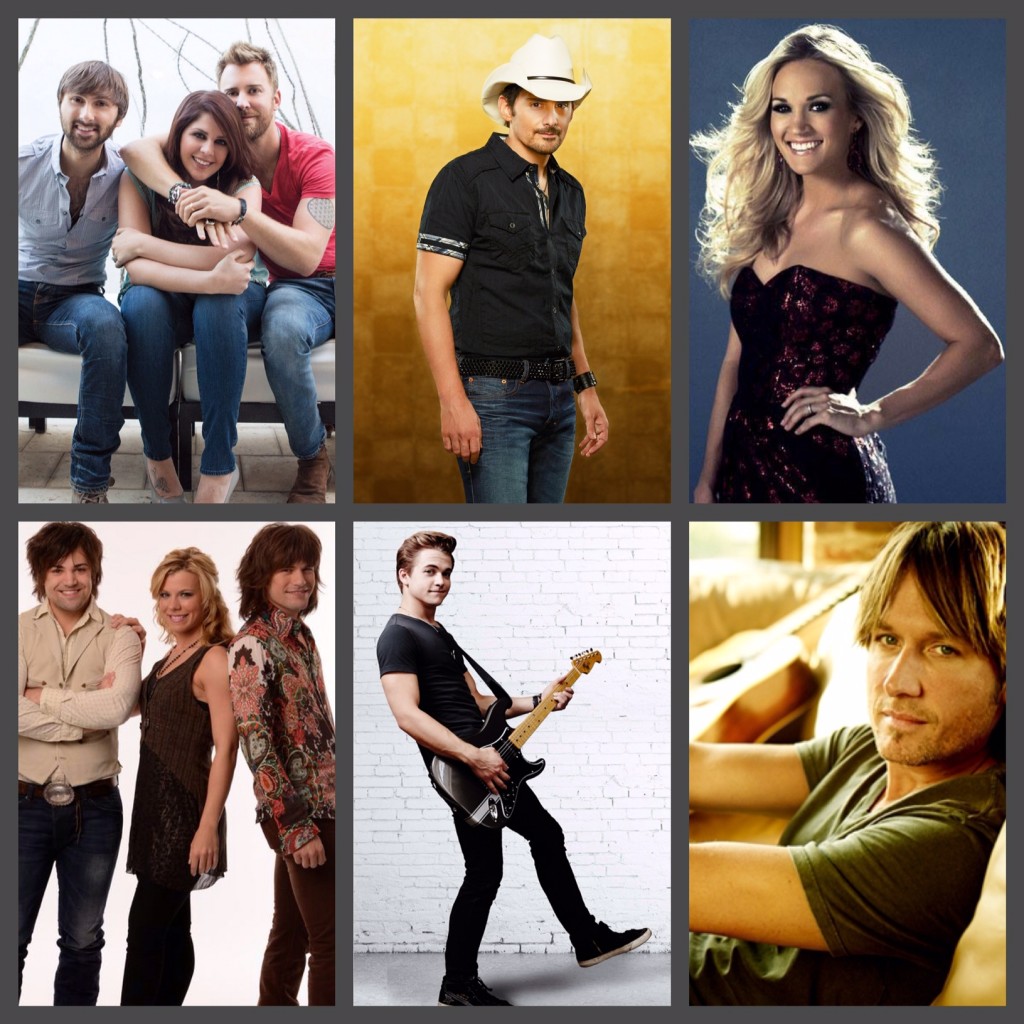 The star-studded lineup for Country Music’s Biggest Night™ continues to grow with today’s announcement of additional performers for “The 48th Annual CMA Awards.”

Not only are they hosting for the seventh consecutive year, Brad Paisley and Carrie Underwood will each perform during the three-hour live broadcast Wednesday, Nov. 5 (8:00 PM/ET) on the ABC Television Network from the Bridgestone Arena in Nashville.

Strike up the bands, because joining the superstar lineup are three of the hottest groups in County Music – Lady Antebellum, Little Big Town, and The Band Perry. Previously announced performers include Luke Bryan, Miranda Lambert, Blake Shelton, and Keith Urban.

Tickets for “The 48th Annual CMA Awards” are officially sold out, marking the sixth year in a row the ceremony has sold out in advance.