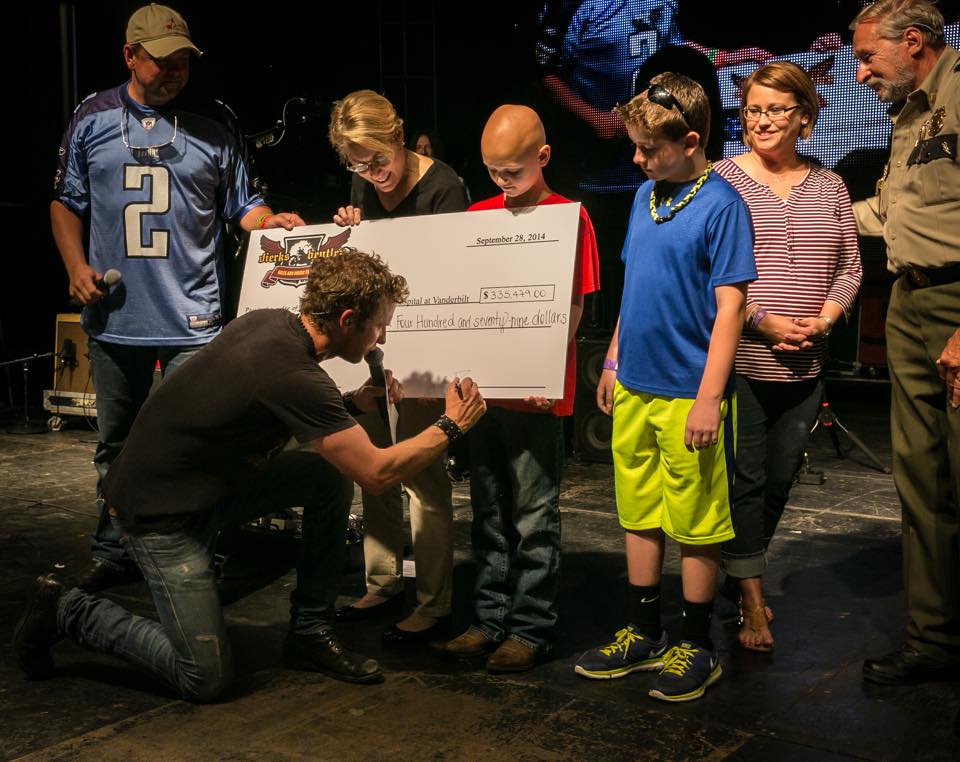 Multi-CMA nominee Dierks Bentley wrapped the first leg of his 2014 RISER TOUR with capacity crowds as the tour made its final stops across the Midwest. He capped the weekend with his 9th Annual Miles & Music For Kids event raising $335,479 for Monroe Carell Jr. Children’s Hospital at Vanderbilt, notching the event’s biggest donation to date.

“I’m still coming down from the high of such an unbelievable last run of shows on the summer leg of this tour,” said Bentley. “The fans in Cincy, Cleveland and Indianapolis were ready to close out their summer in a big way. Then we got back to Nashville, and I was totally blown away by the outpouring of support we got for this year’s ‘Miles & Music.’ This little event we started nine years ago has taken on a life of its own. I feel like I’m just a small part of this thing. It has really become about country music fans and bikers coming together to help our community and those kids. It’s incredible.”

The Platinum selling singer/songwriter will kick off the second leg of the 2014 RISER TOUR with new openers Randy Houser and Eric Paslay this week in arenas across the west coast.

For more information and a full list of tour dates, please visit www.dierks.com.