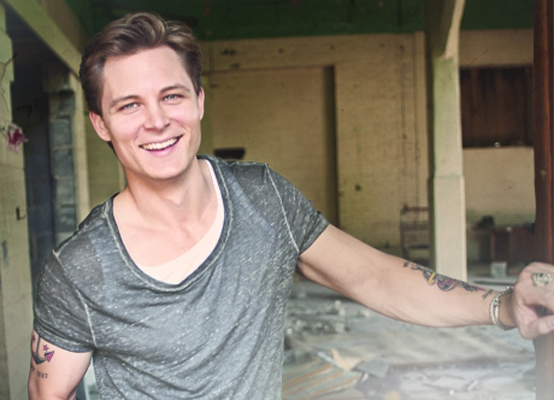 Warner Bros. Records’ Frankie Ballard is preparing for his first headlining run – LIGHT ‘EM UP TOUR – as part of the exclusive Live Nation Ones To Watch with Skype tour that taps today’s hottest emerging artists. Kicking off October 19 in Minneapolis, MN, the dynamic tour will stop in 19-cities across the country. Supporting Ballard will be Republic Nashville’s newly signed band A Thousand Horses and David Nail to co-headline select dates.

“So pumped to be taking my full show on the road this fall,” exclaims Ballard. “Killer venues, all my buddies and no rules … I feel like somebody gave me the keys to the castle!” Known for his energetic live shows, Ballard has caught the eye of many superstars and landed coveted opening slots for Jake Owen, Rascal Flatts, Kenny Chesney, Taylor Swift and longtime idol Bob Seger.

Since releasing his first #1, GOLD-certified smash “Helluva Life,” Ballard has lit up the country music scene. The Battle Creek, MI, native continues the hot streak with follow-up anthem “Sunshine & Whiskey.” The infectious, summer tune shot to Top 10 on the iTunes Country Songs Chart and is already Top 25-and-climbing at Country radio. Both songs are featured on his latest album, SUNSHINE & WHISKEY, which debuted in the Top 5 on the Billboard Country Albums Chart. Produced by Marshall Altman (Mark Broussard), the project captures the newcomer’s unique blend of blues-infused, country rock and his undeniable guitar prowess on every song.

For on-sale dates, pre-sale information and more, check out FrankieBallard.com.

Keep an eye out on www.facebook.com/onestowatch for a chance to connect with Frankie via Skype on the road.