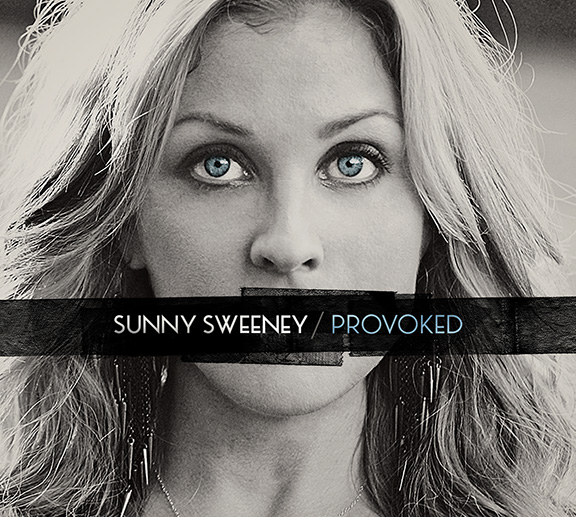 Sunny Sweeney has teamed up with Thirty Tigers and acclaimed producer Luke Wooten to develop Provoked, a highly anticipated project that once again proves she isn’t afraid to share her vulnerable stories and hardships through her music.

Sweeney’s third studio album includes 13 personal and heartbreakingly real songs – all but two penned by Sweeney herself. With the success of the album’s lead single “Bad Girl Phase” on Sirius XM’s “The Highway,” Sweeney has already garnered the attention and support of her adoring fans and was even voted “Album of the Month for August 2014” on TheBoot.com. Since it’s release, the album has steadily climbed, reaching No. 9 on the iTunes Country Album’s Chart — it can be purchased here.

Sweeney fearlessly combines real life accounts with her audacious, tongue-in-cheek songwriting to create this fiery new album. An album that Rolling Stone Country describes as being “loaded with equal parts humor and heartache, it’s also brutally honest and straight-ahead country, both of which are completely on purpose.”

“My fans are everything to me,” she says. “If your fans’ opinions don’t matter to you, I would assume that you wouldn’t be in this business. That’s why I put a lot of songs on [the album] that I have been doing for a couple of years. If nothing else, I feel completely confident because I know my fans and I know what they want from me.”

And what Sweeney’s fans want is more music, going as far as to help fund her album via PledgeMusic, an interactive program that allows artists and fans to connect while raising funds for upcoming music projects. In addition to self-funding the album, Sweeney is thrilled that a portion of the album’s sales will go to one of Sweeny’s favorite charities — CASA (Court Appointed Special Advocates).