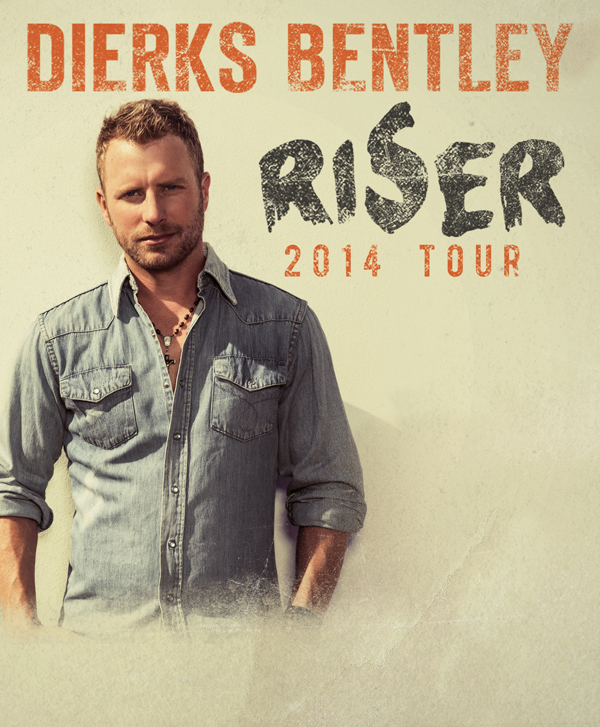 PLATINUM selling singer/songwriter Dierks Bentley announced that a second leg has been added to his 2014 RISER TOUR. The 20 city run begins Oct. 2 in Stockton, CA and runs through the end of the year with special guests Randy Houser and Eric Paslay on the US dates and Houser and rising Canadian artist Tim Hicks on the stops north of the border.

Fans can now purchase tickets for the first announced dates at www.dierks.com with more details to be revealed over the next few weeks.

“It’s going to be tough to top this summer, but every night I get more excited and don’t want this run to end. I’m just living in the moment as much as I can and taking it all in…it really has been the best summer of my life,” said Bentley. “I’m looking forward to having Randy, Eric and Tim out on the road for the next leg…all three of them are crazy talented.”

While capacity crowds have filled amphitheaters across the country, Bentley’s tour has also caught the attention of critics who note headlining is “what the man was born to do” (Arizona Republic).

For the new dates, both Ole Smoky® Tennessee Moonshine® and Mountain Dew® will return as tour sponsors of the 2014 RISER TOUR. For more information and for a full list of tour dates, visit www.dierks.com.