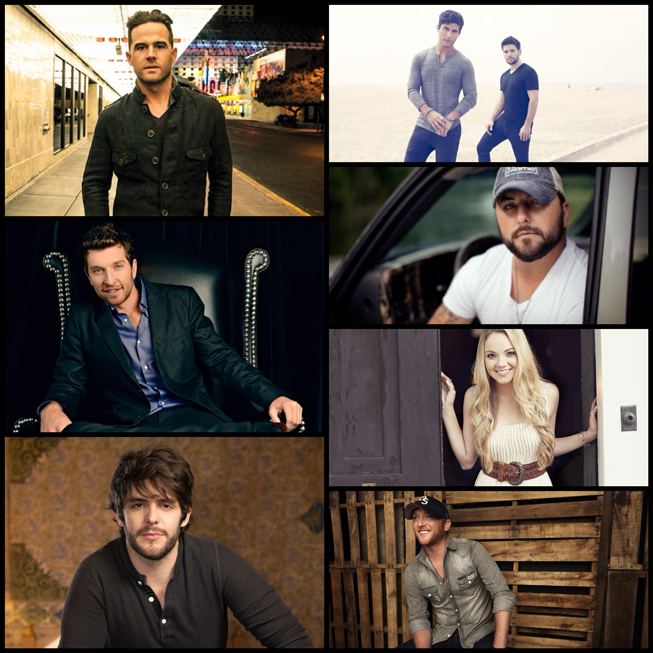 Country music’s biggest party of the year is guaranteed to be bigger and better than ever before with the addition of Brett Eldredge, Cole Swindell, Dan + Shay, Danielle Bradbery, David Nail, Thomas Rhett and Tyler Farr as performers on the Nationwide Insurance stage at the 2014 CMT MUSIC AWARDS.

For the seventh consecutive year, Nationwide Insurance will be featured frequently throughout the show on a branded performance stage featuring the company’s blue frame logo. The 2014 CMT MUSIC AWARDS airs LIVE on Wednesday, June 4 at 8:00 p.m. ET/PT on CMT and CMT.com.

Broadcast from Nashville’s Bridgestone Arena, the 2014 CMT MUSIC AWARDS will be hosted by television and movie actress Kristen Bell and include performances by Blake Shelton, Carrie Underwood, Eric Church, Florida Georgia Line, Luke Bryan, and Miranda Lambert, with more performances to be announced soon.  Fans can vote online at CMT.com and on their mobile device at CMT Mobile now through June 1 to determine the winners.  The six finalists for VIDEO OF THE YEAR will be announced on the morning of June 4 and fans can then vote all day and throughout the live telecast (ET/CT only) at CMT.com, CMT mobile and via text message to determine the night’s big winner.