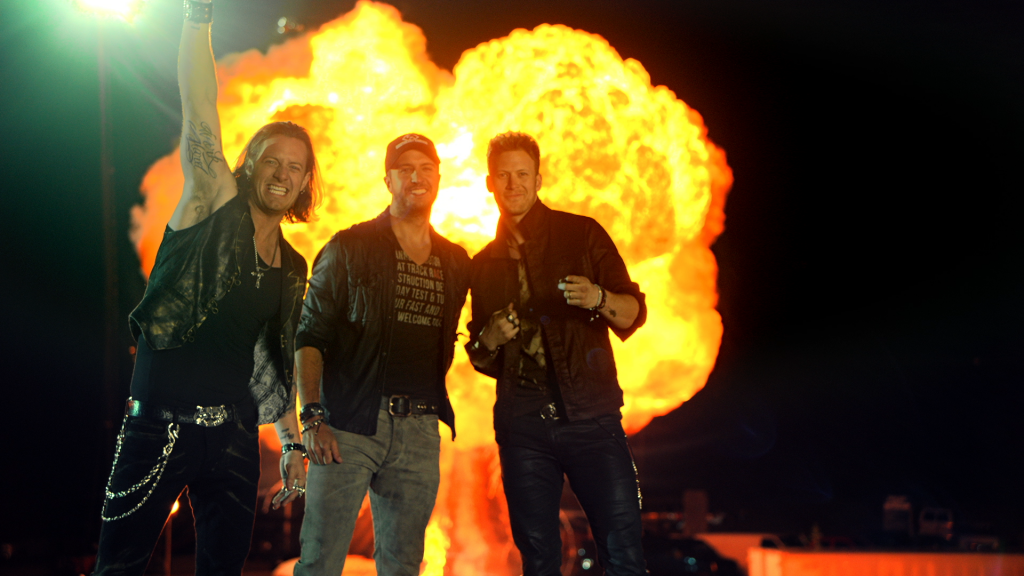 Florida Georgia Line will debut the brand new music video for their current single “This Is How We Roll” featuring Luke Bryan on ABC’s Good Morning America tomorrow (3/7) in the 8:00A hour. Following the exclusive broadcast premiere, the first look online will be on GoodMorningAmerica.com on Yahoo and across all partners on 3/8.

Filmed in the desert just outside of Los Angeles, the action-packed video features jaw-dropping tricks, tractor-trailers and fiery cameos with X Games champion Travis Pastrana and The Nitro Circus. Director Marc Klasfeld amps up the thrills with cuts of FGL and Luke performing the catchy song, which is from the deluxe version of the award-winning duo’s chart-topping, PLATINUM-certified debut album HERE’S TO THE GOOD TIMES (Republic Nashville).

FGL has exploded since releasing four consecutive, multi-week #1 smashes in the US and Canada with the GOLD-certified hits “Stay” and “Round Here,” PLATINUM-certified “Get Your Shine On” and 6X PLATINUM “Cruise.” Breaking the record for longest #1 on Billboard’s Hot Country Songs Chart, “Cruise” has sold over 6.8 million downloads in the US alone and is the best-selling digital Country single of all time according to SoundScan.

The unstoppable duo is currently on the road as direct support for Jason Aldean’s NIGHT TRAIN Tour.