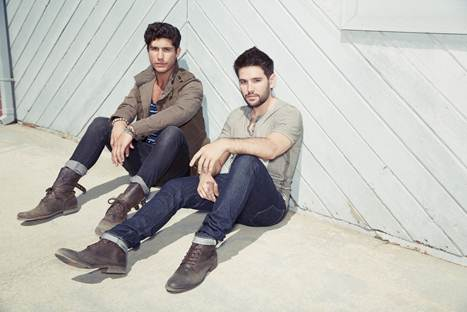 Dan + Shay are excited to introduce the “Warehouse Sessions,” a series of live + acoustic video recorded in Nashville, TN. The first song is called “What You Do To Me” from their upcoming album Where It All Began.

Dan + Shay’s highly anticipated album, Where It All Began, is available for pre-order via iTunes HERE and on DanandShay.com.

As the only country artists named to CNN’s “Fresh Faces” and Billboard’s “2014 Artists to Watch,” the ACM Award nominees will officially release their debut album April 1st on Warner Bros. Records. Celebrating with performances on Good Morning America, appearing on the day of release Tuesday, April 1st and on The Ellen DeGeneres Show, appearing Friday, April 4th, the week culminates with The ACM Awards where Dan + Shay are up for their first ever nomination for “Vocal Duo of the Year.”

Dan + Shay are also offering fans two exclusive packages in their official store: the plus package and deluxe package. Both feature the album, Where It All Began, in digital and physical formats, along with a Dan + Shay logo wristband. The deluxe package, which is available in limited quantities, also includes an album release t-shirt and a special personally signed single poster.