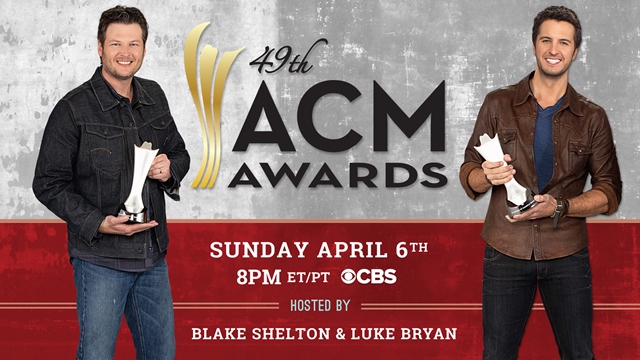 The ceremony, which will be co-hosted by Luke Bryan and Blake Shelton, is produced for television by dick clark productions and will be broadcast LIVE from the MGM Grand Garden Arena in Las Vegas Sunday, April 6, 2014 at 8:00 PM live ET/delayed PT on the CBS Television Network.

In addition to Luke Bryans ACM Awards performance at the MGM Grand Garden Arena, as previously announced the co-host will also be whisked away for a special performance with Florida Georgia Line at the 4th Annual ACM Fan Jam via live remote at the Mandalay Bay Events Center during the awards telecast.

Additional acts and presenters will be announced in the coming weeks.