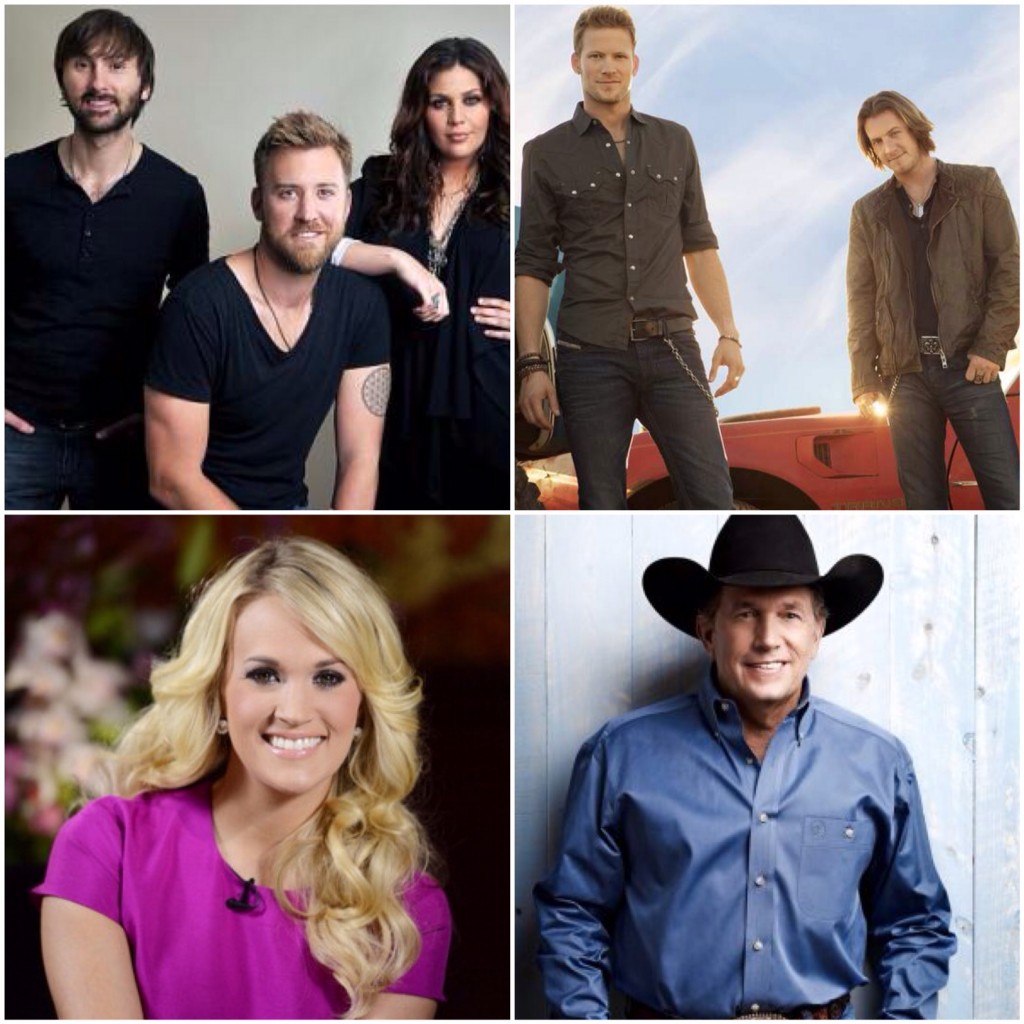 The Academy of Country Music and dick clark productions have announced ACM PRESENTS:  AN ALL-STAR SALUTE TO THE TROOPS, a concert event featuring some of the biggest names in country music paying tribute to our armed forces, will be broadcast Tuesday, May 20 (9:00-11:00 PM, ET/PT) on the CBS Television Network.  The special will be taped Monday, April 7 at the MGM Grand Garden Arena in Las Vegas.

Country music superstars Merle Haggard, George Strait, Carrie Underwood, Florida Georgia Line, Lady Antebellum and The Band Perry are the first artists to be added to the all-star lineup of performers for the event.

The concert will honor the countrys remarkable servicemen and women and include special moments and stories of incredible bravery and integrity.  Proceeds from ticket sales for ACM PRESENTS:  AN ALL-STAR SALUTE TO THE TROOPS will benefit ACM Lifting Lives, the charitable arm of the Academy.

”We are so thankful for the men and women in our armed forces and proud to present this fantastic night of performances in their honor, said Bob Romeo, CEO of the Academy of Country Music. The special will be a remarkable moment in Academy history and continues the ACM Presents TV specials that have been so successful over the years and helps to fund the important charitable work of ACM Lifting Lives.”

ACM PRESENTS: AN ALL-STAR SALUTE TO THE TROOPS is produced for television by dick clark productions. Allen Shapiro, Mike Mahan and R.A. Clark are executive producers.  Barry Adelman is producer. Bob Romeo is executive producer for the Academy of Country Music.

Tickets for ACM Presents: An All-Star Salute to the Troops are on sale NOW at Ticketmaster, priced at $105, $155 and $205. Proceeds from ticket sales will benefit ACM Lifting Lives, the charitable arm of the Academy.

One reply on “ACM Presents: An All-Star Salute To The Troops”