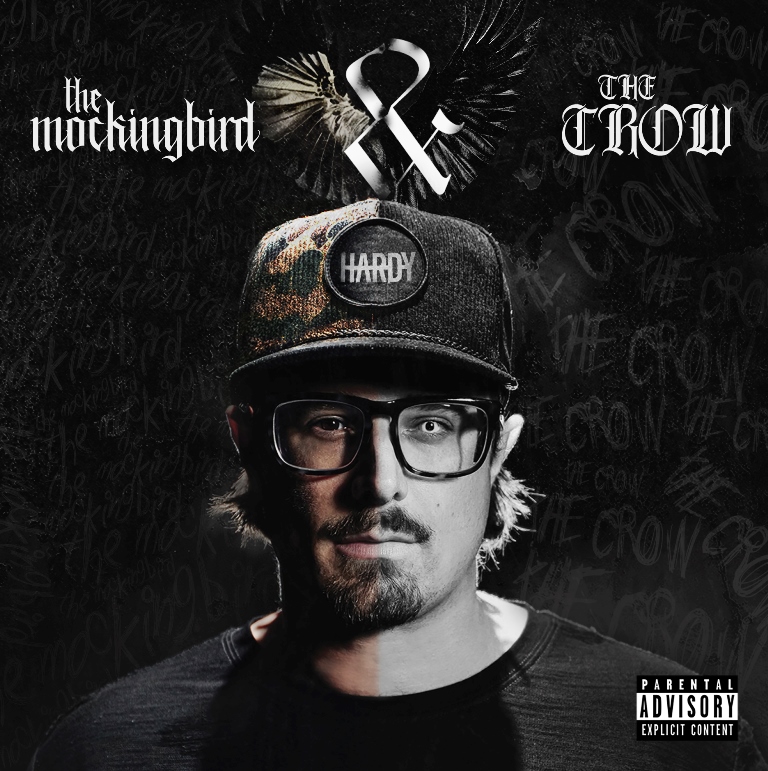 HARDY’s 2020 debut album A ROCK proved a declarative introduction. American Songwriter applauded its “lyrical genius,” Billboard called it “one of the most self-assured full-length debut albums in years,” joining The New York Times in naming the project to best-of-the-year lists. Earning a billion on-demand album streams, spending over 106 weeks on the Billboard Top Country Albums chart including a top five debut, certified gold by the RIAA, and scoring a chart-winning single or two, fans and critics alike quickly took notice of a wave of momentum as strong and singular as the artist it was lifting.

Now, just over two years later, HARDY is introducing the next chapter of his critically acclaimed catalog. On his second full-length LP, the mockingbird & THE CROW out January 20 via Big Loud Records, he soars into uncharted territory, marrying country and rock in a two-part, 17-track duality showcase. The “promising purveyor of keeping the spirit of classic heavy Southern rock alive” (American Songwriter) masterfully hones the sounds and themes of both the influences he grew up listening to and the life he grew up living on an album unlike anything our format has seen before.

“the mockingbird & THE CROW is, in my opinion, the best thing I’ve made so far,” HARDY shares. “I had a lot of time to get in the weeds making this record with some of my favorite people in Nashville, and it truly captures every part of who I am as an artist. I’m honored that I get to share it with you next year; can’t wait to hear what you think about it.”

“here lies country music” name drops genre tropes, staple hit singles, and stereotypical pass times to create a fictional world where country music has played its last gig. The title track transitions the record from the mockingbird to THE CROW, balancing country and rock sensibilities and pinpointing the essence of the project. Jacked up and ready to stay stuck in your head, “TRUCK BED” is an addictive, twisty, rock/pop-infused banger anchored by a chorus as clever as it is catchy: “I woke up on the wrong side of the truck bed this morning.”

HARDY has never been just one thing; not just country, not just rock. Not just a songwriter, not just an artist. He’s a myriad talent with a gift for “synthesizing biography with imagination to create real storytelling” (Rolling Stone). And on the mockingbird & THE CROW, he proves it.