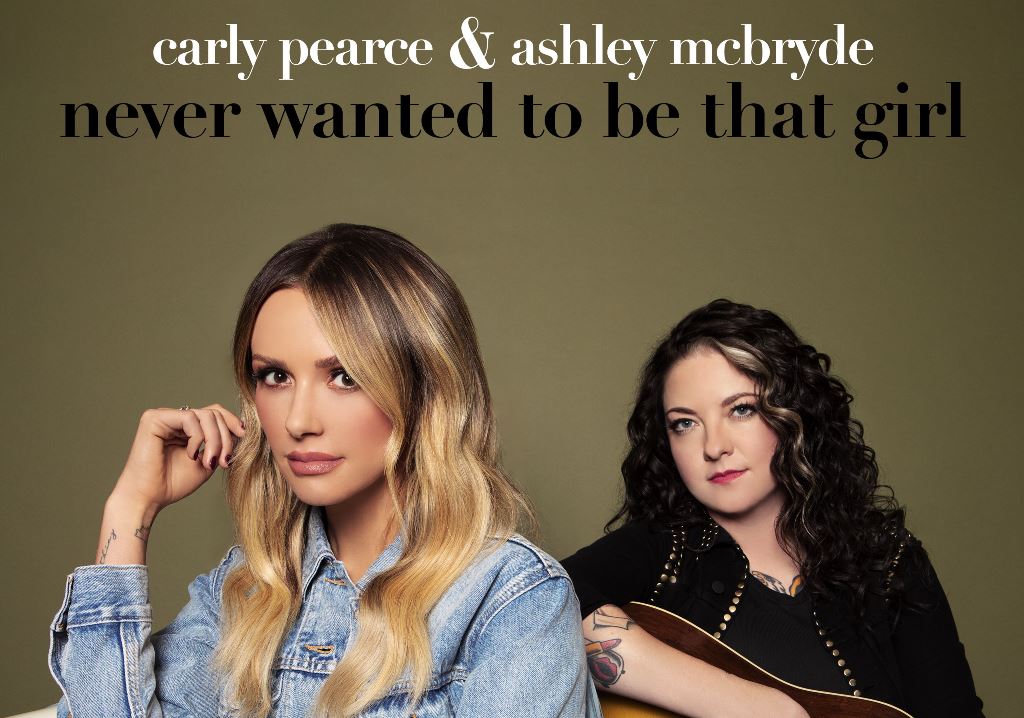 Few can keep up with Carly Pearce and Ashey McBryde in the songwriting and wide-open vocal department; especially as the woman whose “Next Girl” was the only Country song cited by TIME as a “Song of the Summer” is mining her own tumult and deep, soul-shaking disappointment, while the “Girl Goin’ Nowhere” continues to prove naysayers wrong with her latest project, Never Will, as it became the only Country album nominated for Country Album of the Year by the ACM, CMA and Recording Academy in the same award season. Now, with the two powerful songstresses combining forces, the ravaged Country tradition of the hard truth cheating song is reignited with brand-new single “Never Wanted To Be That Girl.”

Written by Pearce, McBryde and co-producer Shane McAnally, the clarity bomb is sung from the perspective of two women – the single girl thanking the guy who helped change her flat tire and the wife at home – discovering the man they’re involved with has someone else. The shattering truth in a text – for McBryde – and the reality of where he’s been when he gets home – for Pearce – finds the two women reeling as they consider their own blind spots in a painfully sobering moment.

“Nobody ever thinks it will happen to them,” Pearce explains. “You never see it coming, but there’s always an explanation. You know, who’d ever want to think that way about someone they love. Why would you? And so, that’s where this song started: the things you don’t see, because you’d never look.

“Ashley is such a great drop-into-the-moment writer, she was able to bring that reality bomb truth to what we were doing,” continues Pearce. “She’s fearless, and she understands human nature in a way that let us both really write to the hurt of realizing we’ve been lied to by someone we’re intimate with.”

“Carly isn’t afraid to face the less potable subjects,” McBryde offers. “As a writer she’s willing to get in there and get very honest. Writing this song together with Shane strengthened our friendship and taught us more about one another and ourselves. Seriously, nobody wants to be the other woman. And when you find you are … damn. It’s such a gut punch.”

The third track from 29: WRITTEN IN STONE, which expands Pearce’s original seven-song 29 recording to 15 songs, “Never Wanted To Be That Girl” arrives at Country radio now via Big Machine Records and Warner Music Nashville. The high-drama, real woman duet is available to listen to now: https://CarlyPearce.lnk.to/NWTBTGPR.