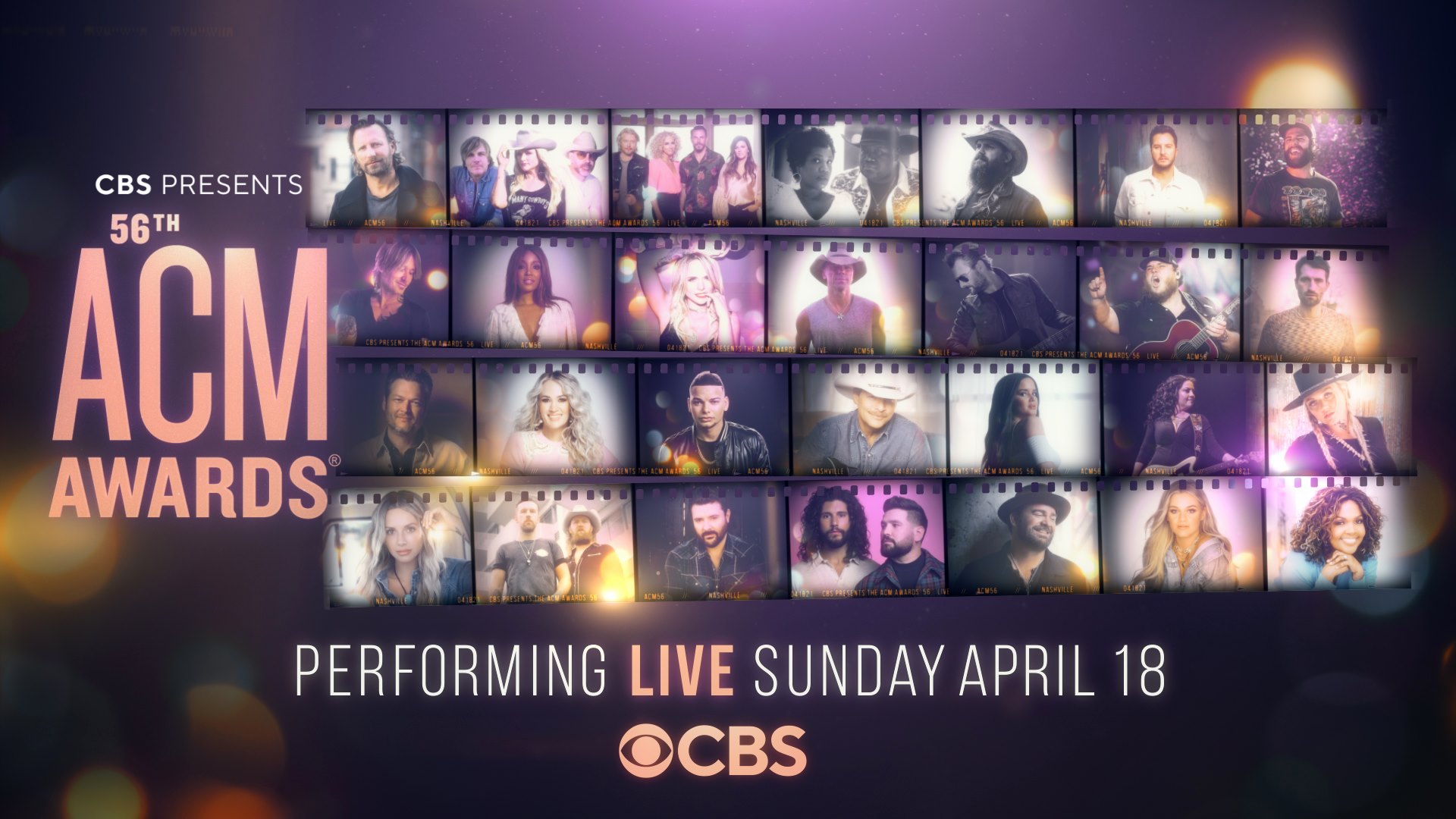 The Academy of Country Music®, dick clark productions and CBS announced the full superstar performance lineup for the 56TH ACADEMY OF COUNTRY MUSIC AWARDS™, airing live on Sunday, April 18 (8:00-11:00 PM, live ET/delayed PT) on the CBS Television Network and will be available to stream live and on demand on Paramount+.

Over 25 artists will perform more than 30 songs from three iconic Country Music venues: the Grand Ole Opry House, Nashville’s historic Ryman Auditorium and The Bluebird Cafe. Additional details on the exciting performances including unprecedented collaborations and surprising moments will be announced in the coming weeks. First-time ACM Awards performances from many of the legendary artists in the lineup can be found HERE.

The health and safety of the artists, fans, industry, staff and partners involved in the ACM Awards is the number one priority. All guidelines set forth by national, state and local health officials will be closely followed and implemented during the production along with additional safety measures to be instated by dick clark productions and the Academy of Country Music.