Known as one of the hottest-selling touring acts with over 10 million tickets sold, superstar vocal group Rascal Flatts revealed that they will hit the road this summer for their headlining BACK TO US TOUR kicking off in Hartford, CT.

Groundbreakers within the genre themselves, as well as established tastemakers where “the road has been where the band has done some of their most inspiring work over the years” (Billboard) encouraging and helping break artists following in their footsteps, the trio has invited chart-toppers Dan + Shay and Carly Pearce to join them this summer.

The stacked headlining tour has been highly anticipated by fans excited to hear the group’s 17 career No. 1s and more, following their successful sold-out residency in Las Vegas last year. Fans can purchase tickets beginning January 26 for select cities as part of Live Nation’s Country Megaticket at www.Megaticket.com. Live Nation is the national tour promoter.

“I can’t describe how much we are looking forward to the tour this summer!” said Gary LeVox. “We’ve been lucky enough to be in a position to tour consistently throughout our career, and last year felt like the perfect time to reset as we focused on the release of our 10th album. Coming back this year and with our friends Dan + Shay, who are some of the best guys around, as well as Carly who had an amazing year last year, makes it all the more exciting! It’s going to be an awesome time for us and the fans!” 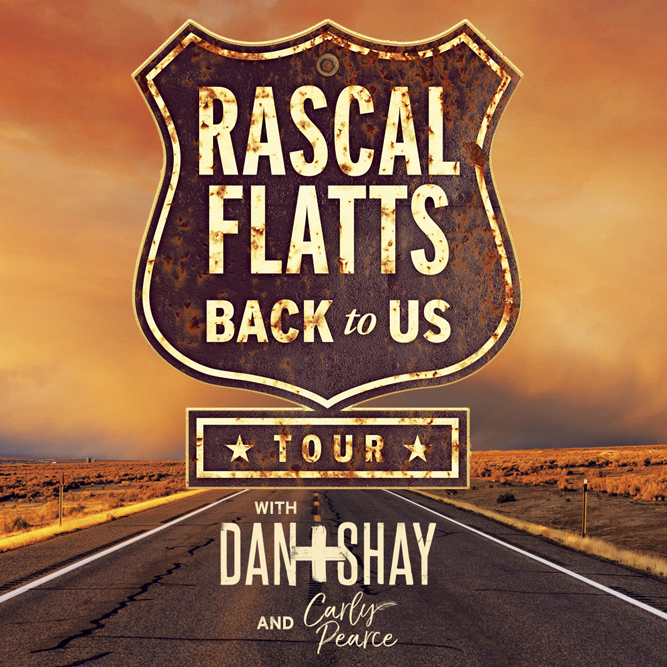