Country music fans know that when the holidays come around that they are in for a treat from their favorite stars. Now, two essential holiday-favorites, recording artist Phil Vassar and country music darling Kellie Pickler, are teaming up this season for a special Christmas tour around the country launching at the end of November and continuing throughout December.

Tickets for A Christmas Tour go on sale Friday, July 28. In honor of the tour, Pickler and Vassar teamed up to release a new Christmas single this holiday season called “The Naughty List,” written by Phil Vassar and Juliana Songs, and co-produced by Vassar and long-time friend Dane Bryan, who also co-produced Vassar’s first Christmas album, Noel.

“I absolutely love Kellie, and am so excited to go on tour with her,” shares Vassar, who has completed a Christmas tour every year since 2009. “She is an amazingly talented lady and everyone who comes to our show this holiday season is going to be in for a fun time!”

Vassar established himself as a holiday-favorite upon the 2011 release of his first Christmas album, Noel. The album was co-produced by Vassar and his longtime friend Dane Bryan and includes covers of holiday favorites such as “Away in a Manger” and “Merry Christmas Darling” as well as witty original songs with “Santa’s Gone Hollywood” and “Big Ol’ Texas Christmas.” Noel also included a fan-favorite version of Vassar’s own “Let’s Make A Little Christmas,” a track that originally appeared on 2007’s Hear Something Country Christmas, which also included Kellie Pickler’s sultry rendition of “Santa Baby.”

“So excited that Phil and I are hitting the road together this Christmas season,” shared the country music recording artist and reality star Kellie Pickler. “Being able to tour with Phil is an amazing honor…he’s an incredibly talented artist.  We’re both looking forward to spreading as much cheer as we can this holiday season!”

Kellie Pickler’s 2007 version of “Santa Baby,” which she performed that year at “CMA Country Christmas,” quickly became a Christmas classic and landed on Taste of Country’s Top 50 Country Christmas Songs. She also notably performed “The Man With The Bag” at the 2013 Macy’s Thanksgiving Day Parade. Pickler continues to release hauntingly memorable holiday singles, with “My Christmas Caroline” debuting in 2015 and last year releasing a special version of “White Christmas” – a tune she famously covered with Michael Bublé in 2013 and remains the biggest-selling Christmas song of all time. An avid supporter of the military, Pickler has completed 11 USO tours and spent five Christmas holidays performing for servicemen and women overseas. 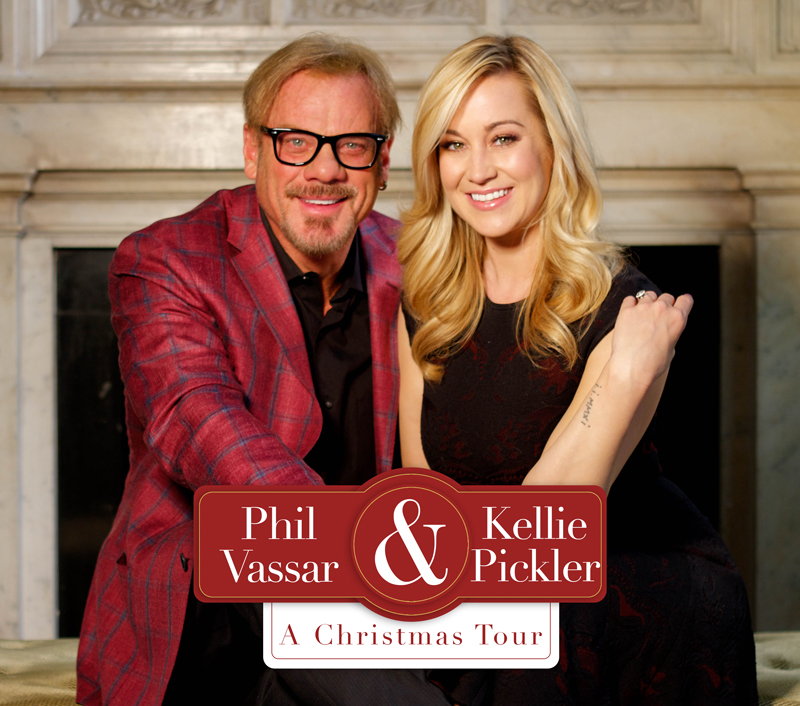 For more information and ticket sales, please visit www.philvassar.com and www.kelliepickler.com. Additional shows to be announced.