The country superstar met her likeness in Las Vegas ahead of REBA, BROOKS & DUNN: Together in Vegas, the longest running country music residency ever at The Colosseum at Caesars Palace. Her wax figure served as the real Reba’s stand-in during her sound check while Madame Tussauds Nashville captured the fun moment here. 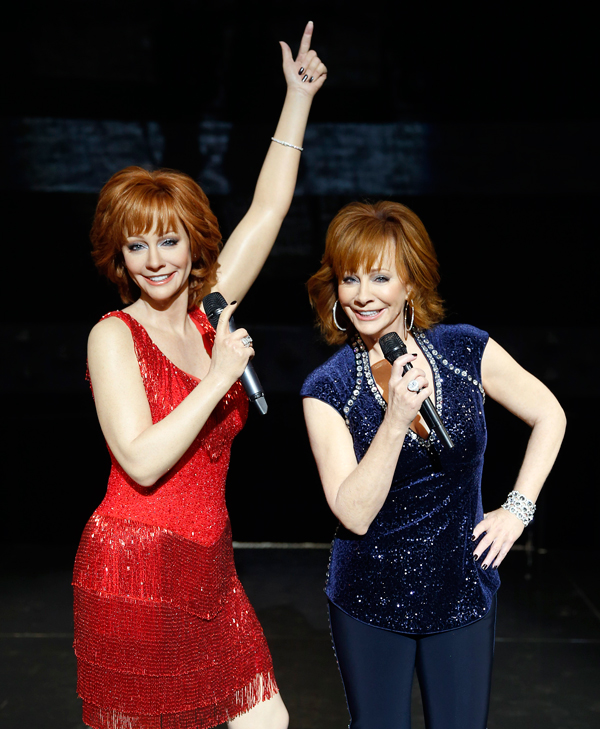 The figure, which will be featured in the finale of the attraction on a replica of the Grand Ole Opry stage, depicts Reba mid-performance, allowing guests to step into the music with the country icon. Her figure will be outfitted in a stage outfit Reba wore while singing her megahit—and signature encore— “Fancy.” To ensure an exact likeness, Reba loaned her dress, shoes and jewelry to the costume department of Madame Tussauds who recreated the outfit capturing every minor detail, from beading to contour.

Last fall, Madame Tussauds Nashville hosted a social contest where fans nominated the artists they would most like to see take the stage at the attraction. Reba was overwhelmingly named the winner of the contest—a true testament to her dedicated following throughout the years and diverse projects. The mogul and mom has become a household name with a successful career that spans across music, television, film, theater and retail.

“I tried to find differences between me and the figure and there weren’t any,” said Reba McEntire. “I’m really blown away with how great it looks, it’s like looking in a mirror.”

Each Madame Tussauds figure is truly a work of art, involving teams of professional artists and sculptors who spend months on extensive research and take more than 300 measurements to recreate world-famous icons to achieve the kind of astonishing realism that has been at the heart of the 250-year Madame Tussauds legacy.

With a completely different concept, the attraction in Nashville will be the company’s first offering in the U.S. that focuses solely on music icons that have shaped America’s musical landscape. Guests are encouraged to have fun with the famous stars from musical genres such as Country, Rock n Roll, Blues and Pop.

Fans can save $5 off the regular price by purchasing early bird tickets to the attraction.

To stay up-to-date on progress and new figure reveals, visit the attraction’s website and join the newsletter at madametussauds.com/nashville.