Cassadee Pope has spent much of 2016 out on the road with Chris Young on his I’m Comin’ Over Tour. Having their final performance this past weekend in Knoxville, TN, Pope couldn’t let the tour end without playing a prank on Young. 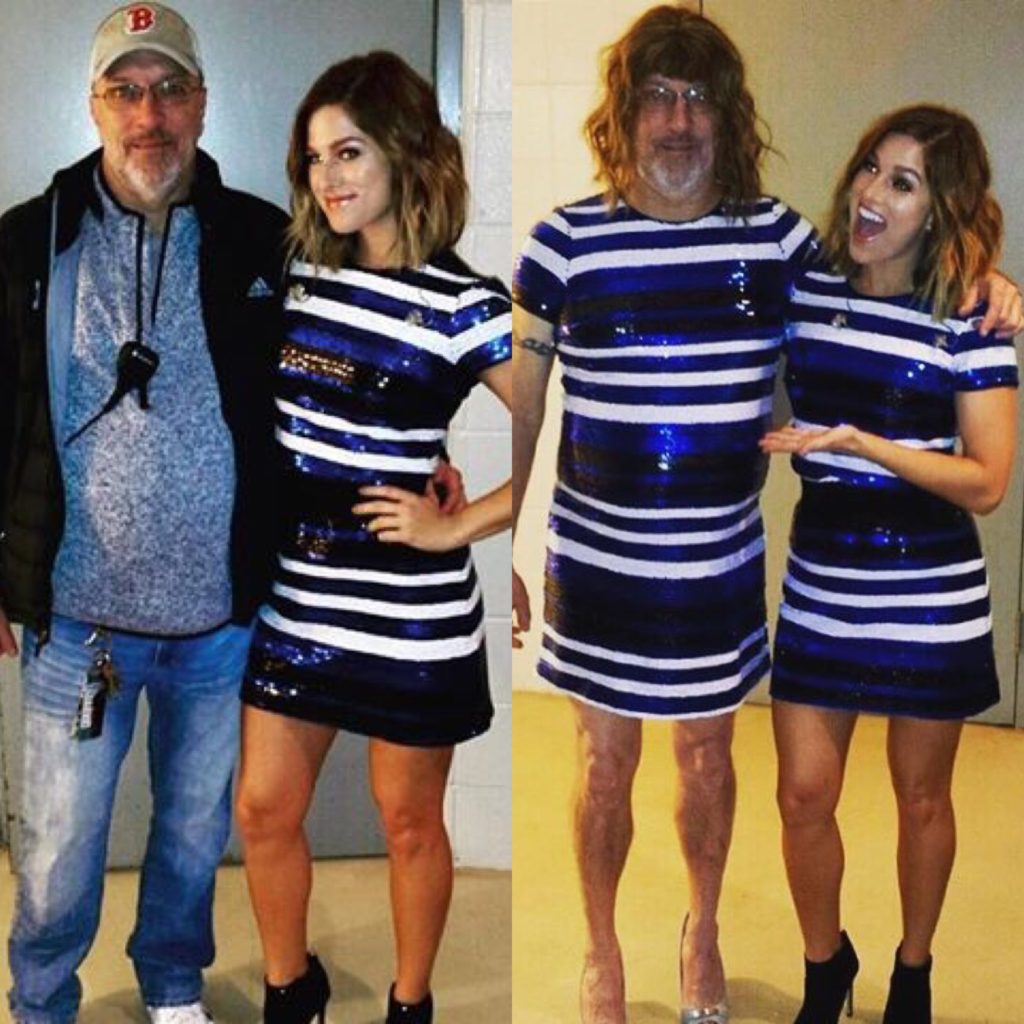 Each night of the tour, Pope joins Young on stage to perform their hit duet “Think Of You.” On Saturday evening, Cassadee decided to switch things up a bit and enlist Young’s tour manger, Bill Cracknell, to assist. Dressing Bill up in the same outfit as her, he came out on stage instead of Cassadee for the duet. Young’s surprise brought him to the floor, as he didn’t see this coming. Cassadee did arrive on stage to perform their hit single together, and definitely made the evening memorable for both Chris and the fans!