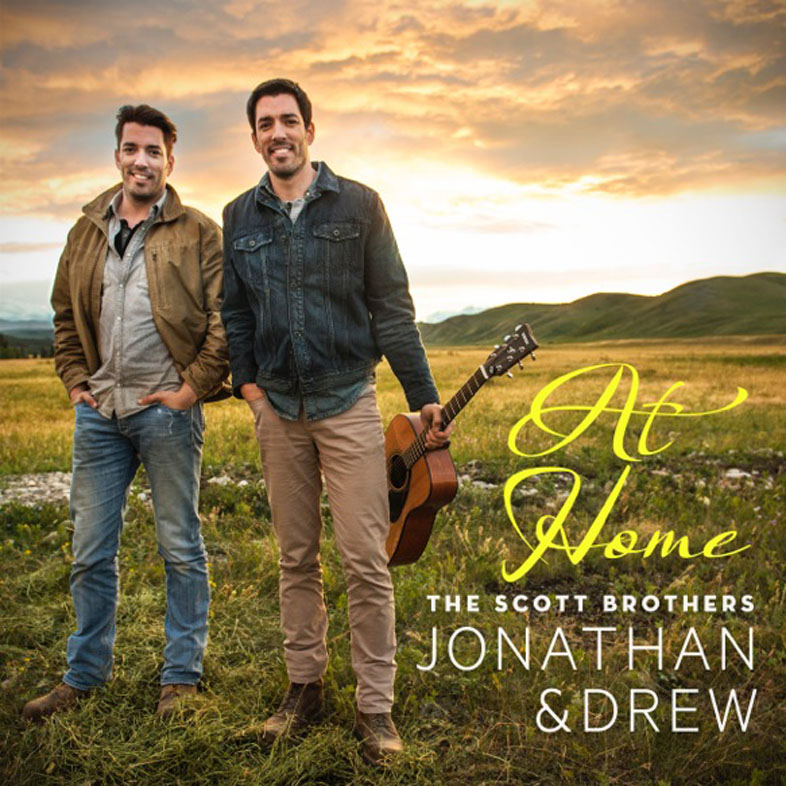 HGTV stars Jonathan and Drew Scott of Property Brothers are building something new, this time in the form of music!!! The twins just released two brand new songs to iTunes in the country music genre.

“Hold On” and “Let The Night Shine In” are both available now. The Scott Brothers teamed up with  Victoria Shaw and Chad Carlson to co-write these new tunes while in Nashville. Drew and Jonathan will debut the two new tracks on November 25 during their Property Brothers At Home on the Ranch TV special on HGTV.

Jonathan and Drew shared exclusively with the Hollywood Reporter, “Music has just always been part of our lives, something we’re passionate about — we grew up on a ranch where most weekend nights ended in us all around the campfire, with our dad playing guitar. There have been times in our lives where people have told us something just can’t be done, and we’ve become addicted to proving these naysayers wrong.”

We’re excited about the new music from The Scott Brothers, and can’t wait to see (and hear) what’s ahead for them in the country music genre!

Download “Let The Night Shine In” on iTunes HERE