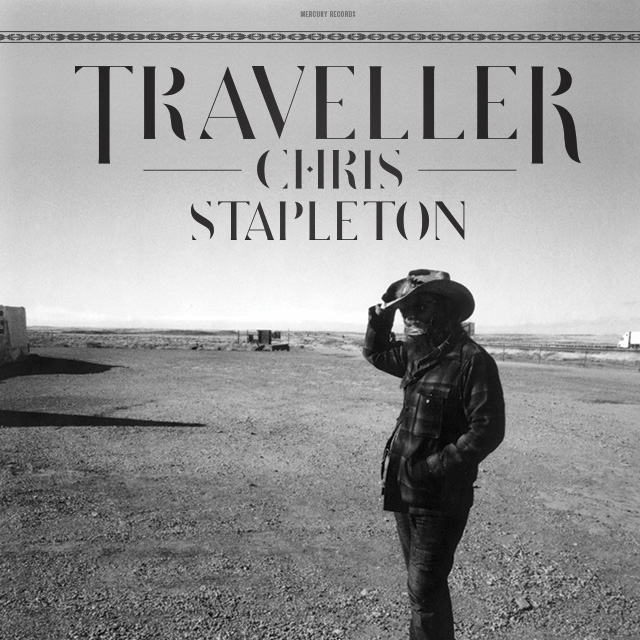 Chris Stapleton’s Traveller album climbs to the top of both the Billboard Top 200 and Country Album charts this week. The collection of songs, including his latest single “Nobody to Blame,” “Tennessee Whiskey,” “Traveller” and “Fire Away,” sold more than 177,000 total albums, 153,000 of which were pure album sales. The rest came from the multiple downloads of the single “Tennessee Whiskey,” which he performed during the ceremony, as well as other Traveller singles that have now found renewed interest.

According to Billboard, Traveller, which was just named the CMA Album of the Year, returns to the list after being absent from the chart since September, and initially debuting and peaking at No. 14 in May (It was released on May 5th through Mercury Records). It bounds back in at No. 1 with 177,199 equivalent album units earned in the week ending November 5th (up 6,109 percent from about 3,000 units) according to Nielsen Music. Of the new week’s total unit sum, 153,000 were pure album sales (up 6,412 percent from 2,000).

The lift is most likely due to his stellar performance with superstar Justin Timberlake on last week’s CMA Awards, where they traded vocals on Stapleton’s “Tennessee Whiskey” and JT’s “Drink You Away.” Chris picked up three CMA Awards, including Album, Male Vocalist and New Artist of the Year.

“Tennessee Whiskey” ranks as the second-largest selling digital song of the week (a No. 2 debut on the Digital Songs chart) with 131,000 downloads sold. “ Traveller’s title track also enters at No. 40 with 25,000. Traveller is also the first debut country album to hit No. 1 on the Billboard 200 in over four years. The last was Clear As Day, by 2011 American Idol winner Scotty McCreery, which debuted atop the list in 2011.

Carrie Underwood’s Storyteller came in at No. 2, followed by Eric Church’s surprise release, Mr. Misunderstood, which sold more than 76,000 copies in less than two days.